Working on the system? On people? Both!

Why “either-or”?
Individual strength and structural, systematic prerequisites
Growing and acting as adults
Something missing

At present, a frequent and vehement demand from clever minds is not to “screw around” with people, to let psyches be a private matter and instead to create systems that give people freedom for innovation, decision-making, support for personal initiative and commitment and much more. Basically there is nothing to be said against this. It would be wonderful if the systems and structures that define our working world were less restrictive and less obstructive. It is also true that it is abusive to “screw around” people from the outside and without being asked if they do not want it. Putting personality tests or personality development programmes on people without context is more evidence of helplessness and actionism than of a well thought-out approach to organisational development. Resistance and ineffectiveness are pre-programmed in such measures.

On the other hand, there are leadership trainings, offers for personality and consciousness development, mindfulness, compassion, etc., which are directed at organisations with the aim of advancing them by working with and on people in key positions. Such offers are neither nonsensical nor are the motives encroaching, wrong or selfish (apart from superficial followers, but they can be found everywhere and are sometimes particularly loud). There are very good offers and providers who are motivated by sincere interest to contribute significantly to improving the status quo. And they do so without the intention of being abusive.

So why the fight for an “either-or”? If sincerely motivated people who – competent and experienced in their field – want to create value, develop intelligent offers and concentrate on where their individual contribution to change can be greatest, neither one nor the other is better or worse. Don’t both organisational designers working on improved structures and systems and leadership experts with a focus on people have the same goal in the end? To design change so that people in organisations perform for customers, not to be burnt out, but to work with pleasure, co-operate, evolve in friction with others and learn from each other.

How do you see this? Is it really so difficult to combine all the skills that are now so necessary? Playing dogmatic games like “No man” – “No structure” is a waste of time! Time that we need today to master the necessary change against the background of pandemic, climate crisis, increasing complexity, demographic parameters, etc., by bringing together as many disciplines, experts, competences and perspectives as possible, deviating from their ego point of view and really getting involved in the big questions of our time. Unbiasedly, without condemning dissent, looking at an “empty canvas” (C.O. Scharmer), contributing one’s own and supporting everything that can emerge emergent and make sense.

After more than 20 years of observations from the practice of executive search, coaching, facilitation and conscious business, my personal focus is on the individual strength of people. At the same time I see the need for new, different structural and systemic conditions. Prerequisites under which people do not run into walls day after day, even when they are involved, developing, conscious and mindful.

Only WHO shapes this change in the system?

WHO creates the conditions that people no longer remain stuck in jobs they do not like, where they cannot get involved, where they are kept small, for fear of losing income, reputation etc.?

WHO shapes a working environment or a social system in which people can do more of what they really want and can do in order to achieve a common goal in a participatory / co-operative way? Those who design something like this can (at least as of today) only be people, or am I missing something here?

Against the background that it is people who design systems and structures, I am wondering about the degree of maturity of these people who are in the decision making positions. Which people do we assume to be capable of making system and structural changes at the real pain points?

I leave it to you to analyse individual personalities who are currently in the decisive, powerful positions and who would have the opportunity to change. Detached from names and persons, I put the following thesis up for discussion: Only sufficiently conscious people can do effective work on systems and structures at all. And only every person can work on his or her own consciousness, voluntarily.

Growing and acting as adults

The development of more awareness is a never ending process in a normal life. In the context of awareness I like to use the terms “growing” and ” becoming an adult” (derived from the Conscious Business Institute). People to whom I attribute the competence to be able to redesign systems are for me people who are already advanced in their own growth and who act in an adult manner.

What does this mean in detail? People who lead the way should be authentic. To be aware of their characteristics, gifts, values, motives and decision-making behaviour, to reflect on themselves again and again and to learn continuously (= grow). At the same time they should be able to take responsibility for their own thoughts and actions instead of accusing others of preventing important processes. They should be aware of the fact that emotions, fears, imprints and habits lie within each of us and are relics from the past, which in special situations are only triggered, i.e. become visible. They should develop their own strategies and show presence, emotional intelligence and resilience in their actions (= acting as adults). However, no human being can always be 100% present, and in difficult situations such as the current pandemic, for example, the demand for 100% resilience is also inhumane. To act adult even then means to take a step back from time to time, to pause, to admit not to know something and to take care of yourself and your own stability.

Acting consciously does not mean being a perfect human being, nor does it mean being always and everywhere bursting with charisma. It is much more about an inner clarification: When do I act from pure, sincere motives in order to advance a cause or do I just follow an ego-motive such as power, control, prestige, greed? In conflict situations, do I notice which triggers have just caught me and am I ready to take a closer look at my own emotions, fears, imprints and habits?

Such an examination does not necessarily have to take place in an organisational context (keyword “soul striptease” from the critics of personality development). However, if organisations support the process of becoming aware of their members, e.g. by making time and financial resources available for this, everyone is ultimately served. A person in a key position, who is in the right place in the company with his qualities and gifts, who does a job that fulfils him beyond earning an income and who has the ability to distinguish in conflict situations when the conflict should be carried out in the sense of the cause and when own, inherent emotions are triggered, and where thinking & acting is in harmony, ultimately brings more to everyone: the result of an organisation as well as the well-being of the employees.

For this reason: I can only go along with the demand to focus exclusively on structures & systems if I can recognise that in an organisation people act from motives that are not primarily determined by ego-driven, determining factors. I do not see this too often with most of those currently in power. Much more often, it is all about retaining power, re-election, preservation, income maximisation, status… The fact that the need for more awareness is not yet seen in a wider context, surprises me again and again, probably because we are still too well off.

Especially as many of the much-described Generation X, which represents the majority of German top managers (average age in their early 50s), have learned it this way: try hard, work hard, you’ll be doing something and you won’t have to worry about anything later on. Most of them have tried exactly that and are increasingly finding that although they are economically well off and worry-free in this respect, they often feel an inner emptiness. Something is missing on the way in the hamster wheel, while they are doing more and more of the same thing day after day. Most of them do not even know what it is that is missing. They accept it resignedly. Sitting and staying in a position where they can decide – and could decide to make a radical change of system and structure. But they do not do it. Might it not be helpful to work on yourself after all?

I love the dialogue with people who think in a more rational and constructivist way, who argue in a more scientific way, who are more educated, and I see some who are really good at not only designing meaningful implications for structures and systems, but also pushing for implementation, and I want to learn from them. Nevertheless, I do not want to devalue personality and consciousness development, leadership training, mindfulness, compassion & Co.

Kristin Eissfeldt has published a book (in German): 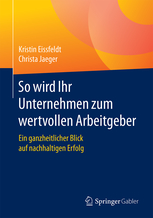 In “So wird Ihr Unternehmen zum wertvollen Arbeitgeber” she takes a holistic view of companies and explains with many practical examples how to retain valuable talents in the long term.

Together with Rebekka Manos, she is currently offering a great workshop on the topic of “Selbstführung: Authentisch & Innerlich Stabil” as part of the Conscious Business Leadership Programme. Participation is aimed at all those who are looking for a new professional direction and want to actively and responsibly shape their lives. 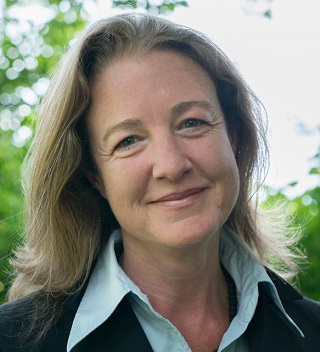 Kristin Eissfeldt is a graduate economist and has additional training in Facilitating Change / Theory U, agile organisational development, Conscious Business Culture & Leadership as well as FORMWELT complexity management and conflict analysis. With over 20 years of professional experience, she is an experienced personnel consultant, coach, business facilitator and trainer. Kristin is owner of Eissfeldt Consulting, International Partner of the Conscious Business Institute (CBI) in California and cooperation partner of the FORMWELT Institute. As an expert in leadership and awareness development, her motivation is to design work forms that function more sustainably and consciously.