What is 90-Percent-Done-Syndrome and what are possible antidotes?

Smartpedia: The 90-Percent-Done Syndrome shows an overly positive assessment of the degree of completion of an activity, with the real remainder being significantly higher than the apparently necessary 10%.

90 percent does not mean finished

When estimating the progress of a project, when assessing the remaining workload of a work package, or when determining the degree of completion of a task, many employees often make an elementary mistake: they estimate too positively. This overestimation of effort, which is too positive and incorrect, is known as a 90-Percent-Done Syndrome. The syndrome states that employees believe that they have already achieved 90% of the expected results. This effect is caused by the already gained knowledge of possible solutions with simultaneous ignorance of possible disturbances or impediments, which can still occur in the course of the remaining 10%. In practice, this often results in an actual effort that is significantly higher than the 10% apparently required.

Consequences of the 90-Percent-Done Syndrome

Misjudgements by employees often have consequences:

Possible remedies for the 90-Percent-Done Syndrome

The 90-Percent-Done Syndrome (abbreviated as 90% syndrome) is also promoted by the query of concrete degrees of completion of processes, work packages or projects. Since statements such as “almost finished” are relatively inaccurate, employees are often asked to give concrete percentages. Almost finished” quickly turns into 90 percent. It is therefore advisable to question subjective effort estimates or to use alternative methods such as the 0/100 rule, so that only the actual completion after corresponding acceptance is taken into account in further project planning. The use of a Definition of Done has also proven itself in practice.

The only way to resolve the 90-Percent-Done Syndrome is to correctly estimate the remaining effort. 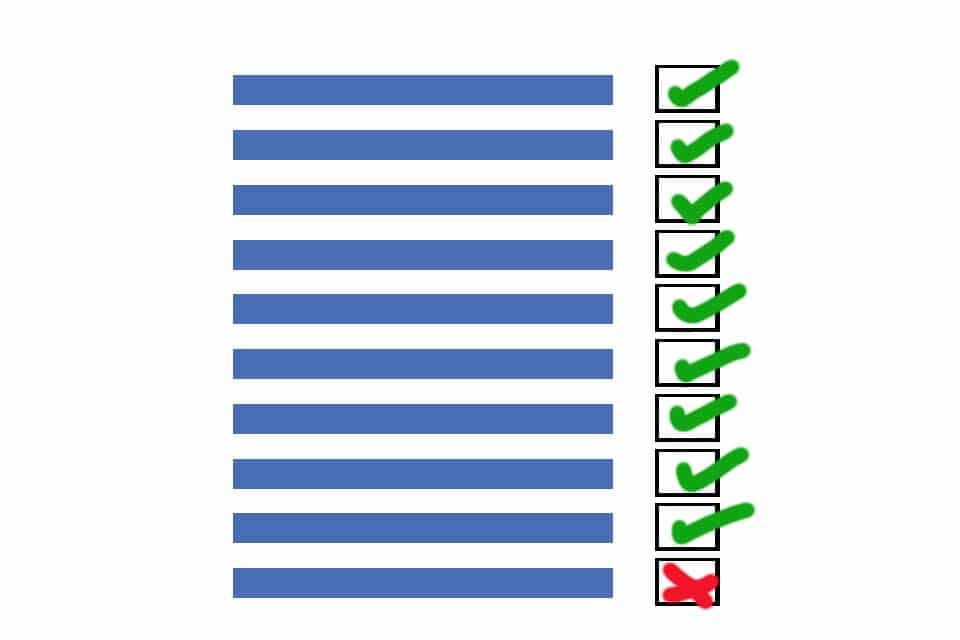