The mindset of innovation

The enemies of innovation
“It doesn’t work anyway!”
The five reasons for the failure of innovations
Silicon Valley Mindset for all
The start-up innovation artists
Conclusion

There is something fascinating about innovations. The new has its charm, especially when it offers unprecedented benefits and something special, such as the iPhone, Tesla or Nespresso. Due to the digital transformation and the 4.0 hype many companies are dealing with this topic. Most managers are convinced of the importance and necessity of innovation, because innovation is an important competitive factor. The Massachusetts Institute of Technology (MIT) even assumes that by 2025, around 40 percent of today’s Fortune 500 companies will have disappeared. And if you look at the young IT start-ups that will develop great ideas and revenues in just a few years, it becomes clear how high the potential for innovation is. Unfortunately, however, things often don’t go as expected, because ideas and innovations don’t always have an easy time making it in the company.

The enemies of innovation

Mark Twain has already said “People with a new idea are considered to be crazy until the idea is accepted”. And with the addition of Albert Einstein’s quote “You can recognise a really good idea by the fact that its realisation seems impossible from the outset” it becomes clear that ideas have a hard time in the beginning. Statistics show that between 60 and 80 percent of innovations fail. The number of undetected cases could be even higher, because nobody talks about flops. There are two main reasons for the failure of innovations:

Innovations are like small, delicate plants that need a lot of protection, care and sun at the beginning. The innovation plants are not only weak at the beginning, but also have the most enemies here. Perhaps you have heard the one or other statement:

These statements are not called killer phrases for nothing. They kill ideas in the truest sense of the word, but they also kill the courage and motivation of those who come up with ideas. Many people are often not aware of what can be done with just a few words.

The five reasons for the failure of innovations

Many companies do not have a culture of innovation. Especially corporations and large, established companies fight against new things with internal resistance. There are several reasons for this ignorance towards innovation:

Established companies in particular struggle with internal structures that hinder innovation. These include, for example

Spontaneity and agility are not characteristics that are usually attributed to corporations. Particularly in the case of innovations, attempts are made to minimise risk in general. This decelerates practically every innovation. In addition, there are numerous internal investigations with new findings and questions, which again lead to investigations. The term for this is: paralysis through analysis.

Daily business is one of the biggest obstacles to innovation. Companies today must generate sales. This short-term turnover thinking leads to a higher prioritisation of day-to-day business in relation to dealing with innovations. The impression is almost created that it would be impossible to deal with day-to-day business and explore new things at the same time. Companies that create this “ambidextrousness” are called ambidextrous organisations. They work with different processes, attitudes, cultures and competences.

Maybe we don’t like to admit it, but very few of us like to leave our personal comfort zone. Many wish for innovations, but few start with changes in themselves. We perceive changes as disturbances; habits make our lives easier.

Especially in German-speaking countries, many people have a subdued attitude towards new things. They often see the problems and risks, the limitations and the negative side of an idea. Employees must always argue and justify themselves for suggestions. In addition, there are the killer phrases described – often also expressed unconsciously. This robs creative employees of much energy and courage. The comparison with Silicon Valley Mindset is particularly striking. There it says “in case of doubt in favor of the idea,” no matter how crazy it may seem. People think in terms of opportunities. This optimism has led to companies like Twitter, Uber & Co. becoming very successful.

Silicon Valley Mindset for all

There are many books about the mentality in Silicon Valley and one can indeed be very motivated and inspired by it. They propagate:

The essence of the Silicon Valley mindset is the thought: “If you have everything under control, you drive too slowly. Only by crossing borders can you grow. If you don’t fail, you haven’t tried anything.”

Start-ups are undoubtedly hotbeds of innovation. Of course, compared to corporations, they operate under different framework conditions that are optimal for the development of innovations:

Even if corporations and large companies cannot copy these conditions in particular, you can still hire start-ups. It is certainly not enough to go to work in jeans from now on. Many companies are already working with start-ups and also apply methods from the start-up environment, such as Design Thinking or Lean Start-up.

The ability to innovate is becoming a matter of survival for most established companies. Innovations bring endless opportunities and potential, but are the ultimate challenges for companies and management. Most ideas fail not because of technology or processes, but because of people. That is why it requires a positive attitude towards innovation in companies. A positive culture of innovation should guarantee that ideas are born, welcome and unconditionally promoted until they succeed. Innovation is and needs a mindset!

Notes and further links (in German): 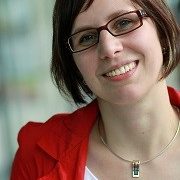 Maria Tagwerker-Sturm is Innovation Manager at Doka Ventures. She has been working in innovation management for 15 years and looks back on activities in corporations, teaching and consulting. The innovation expert is chairperson of the Product Development & Management Association Austria and runs the blog Plattform für Innovation, where she writes about innovation management and the future fitness of companies.