Smartpedia: A burn down chart visualises the remaining effort in relation to the remaining time in a scrum sprint or a defined time interval.

Often the burn down chat is used in agile development projects, especially in a Scrum approach; accordingly it is also called Sprint Burndown. In principle, however, it can be used in all projects – e.g. also for iterations or releases – where the progress or stage of completion can be measured. The term “burn down” signals how much work has already been done. 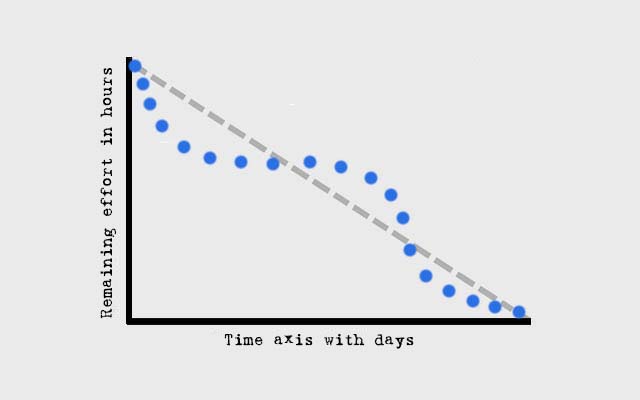 Advantages of the Burn Down Chart

As an instrument of project and development control, the burn down chart offers several advantages:

Prerequisite for the Usage of Burn Down Charts

In order to take advantage of these benefits, there are also some prerequisites for using the diagram:

How can the Burn Down Chart be interpreted?

Let’s take a look at some examples: 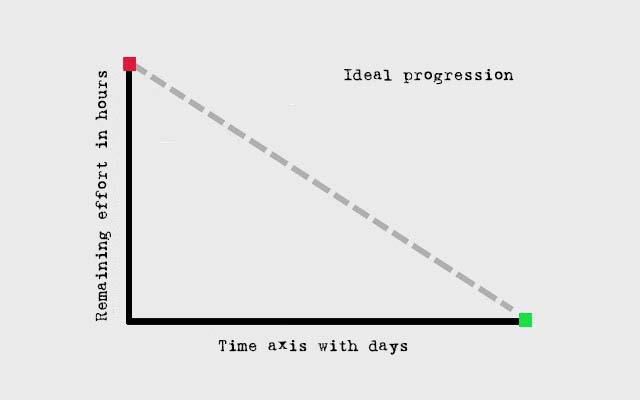 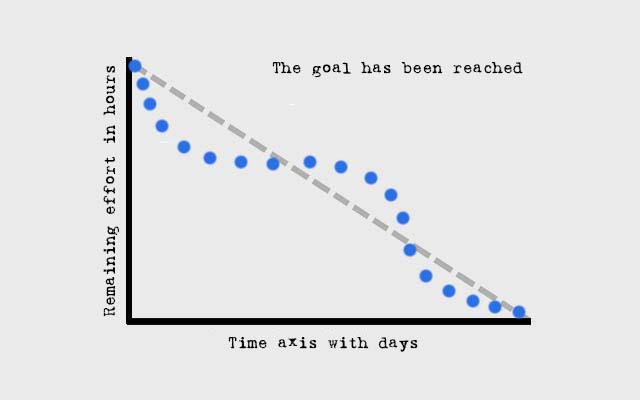 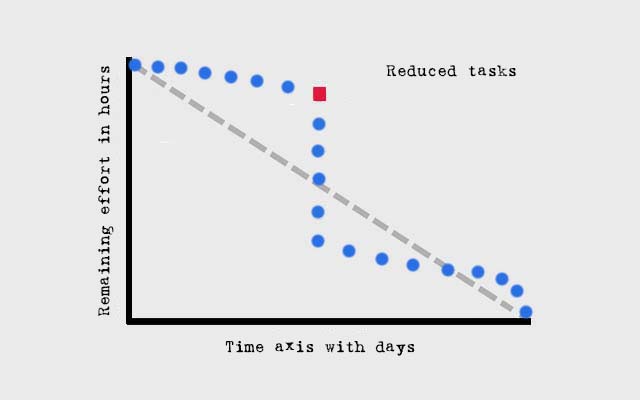 In the example “The Reduced Tasks” you can see a vertical line (starting at the red mark) in the middle of the diagram. This means that in the course of the interval on this day the tasks were reduced. Otherwise the development team would probably have missed the target – e.g. a sprint goal – significantly. The exact cause for the reduction of tasks cannot be seen from the burn down diagram (see criticism or limits of the representation). 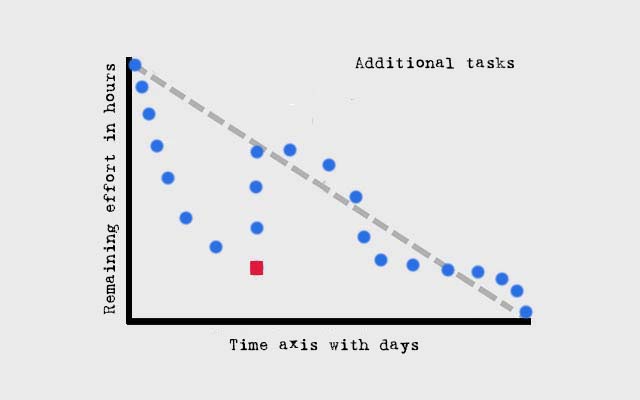 In the example “The additional tasks” you see the exact opposite of the example before: the team was so well on schedule that it was able to take over additional tasks, so that there was a vertical increase of the remaining effort on one day (red marking). In such a case it is not a sprint according to the rules of Scrum, because the circumference remains untouched during the sprint. 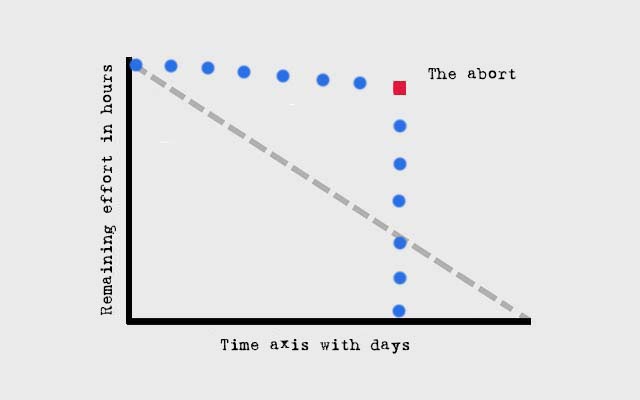 In the example “The abort” only a marginal progress can be seen in the course of time, so that the team pulled the tear rope and ended the time interval prematurely. 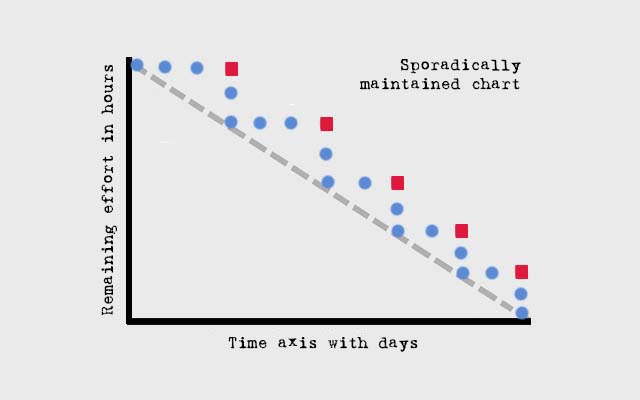 And in the last example you can see a staircase (always indicated by the red markings). This is a clear indication that the diagram was only maintained sporadically, because at the time of updating the remaining effort always fell to the level of the ideal line. 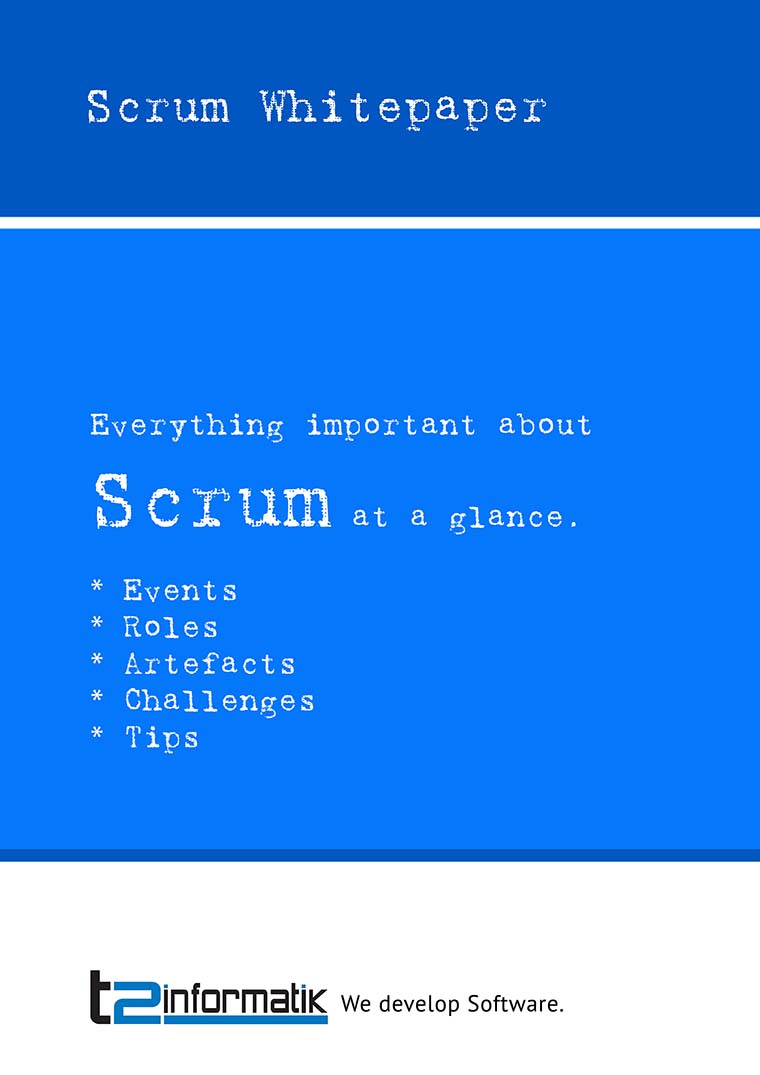 Everything important about Scrum at a glance.

Knowledge on 32 pages to take away.

Criticism and Limits of burn down charts

With all the simplicity of the representation, there are also some points of criticism or limits of the burn down chart:

The Scrum Guide characterises the burn-down chart and alternatives as follows: “While proven useful, these do not replace the importance of empiricism. In complex environments, what will happen is unknown. Only what has already happened may be used for forward-looking decision making.” In other words, it is ONE indicator of whether the planned work will be completed by the planned date. No more, no less.

In some organisations, several teams work in parallel on a development. A common diagram for all teams would be conceivable here, but since delays of individual teams would not be easily recognisable, it is probably a better idea to use one chart per team. Ideally, this should be discussed during the Daily Scrum.

Is there a central reason why some organisations prefer burndown charts and others burn up charts?

Here you will find a video on burn-down charts.

Here you will find a German podcast about using burn-down-charts in sprints.

And here you can find additional information from our blog: 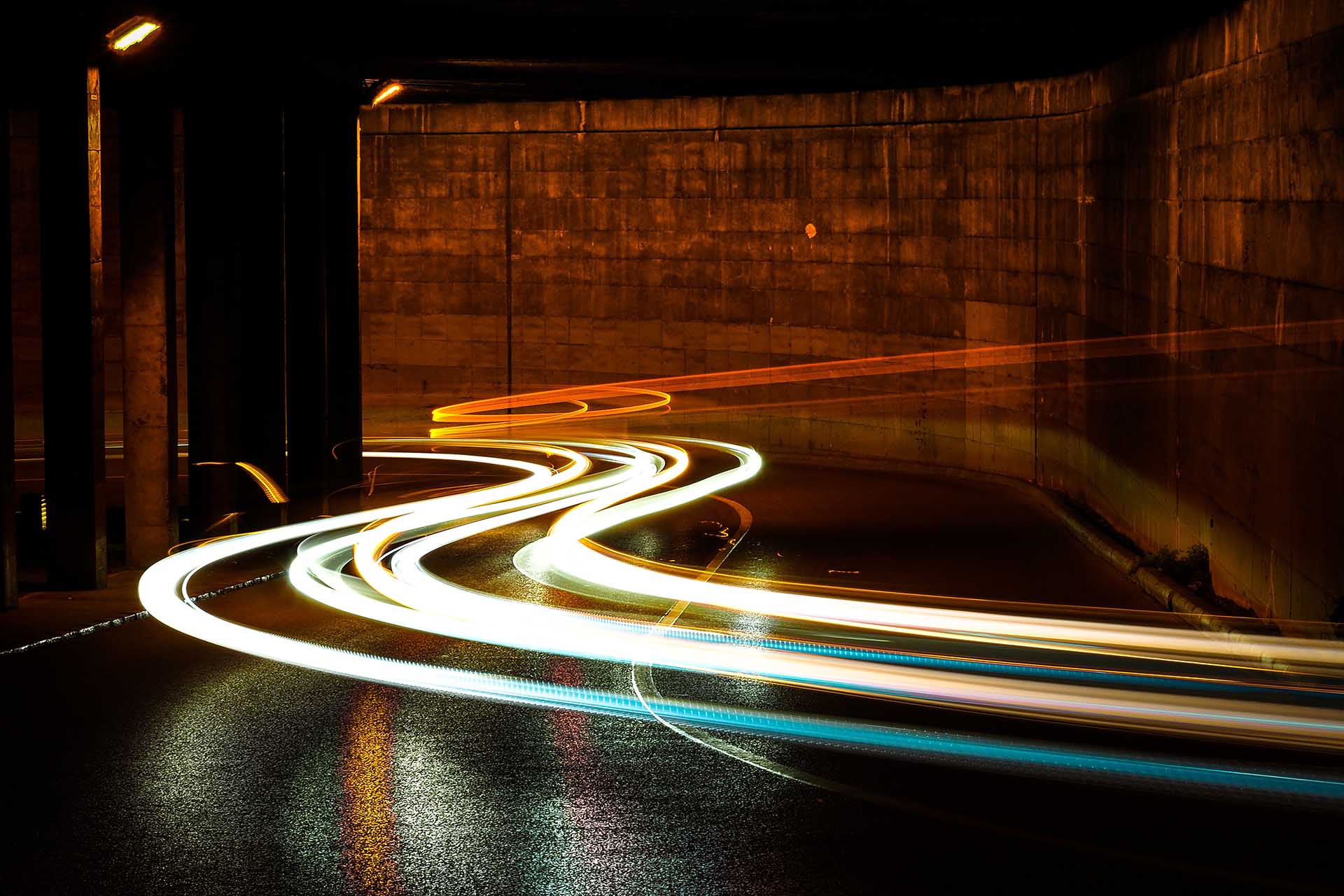 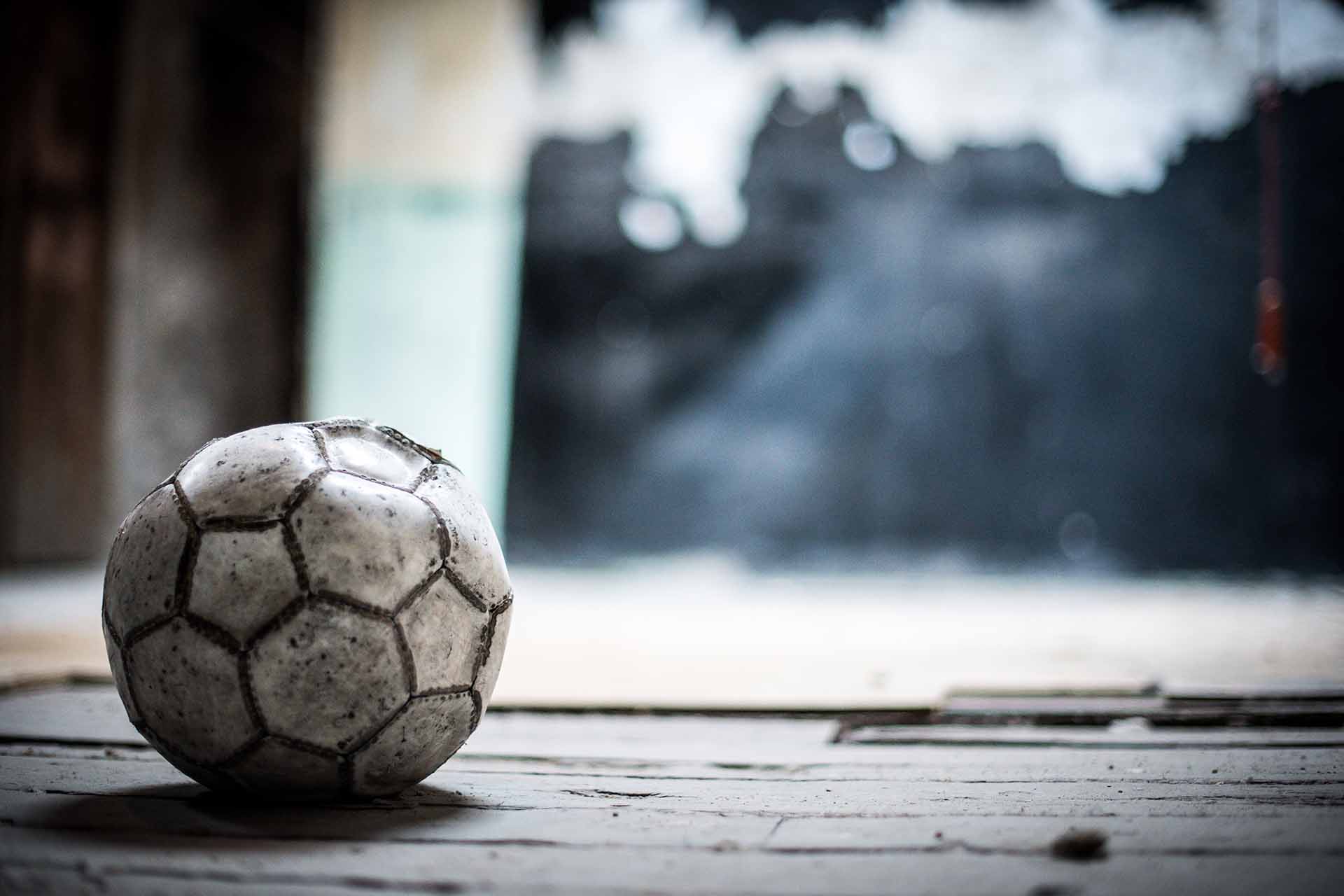 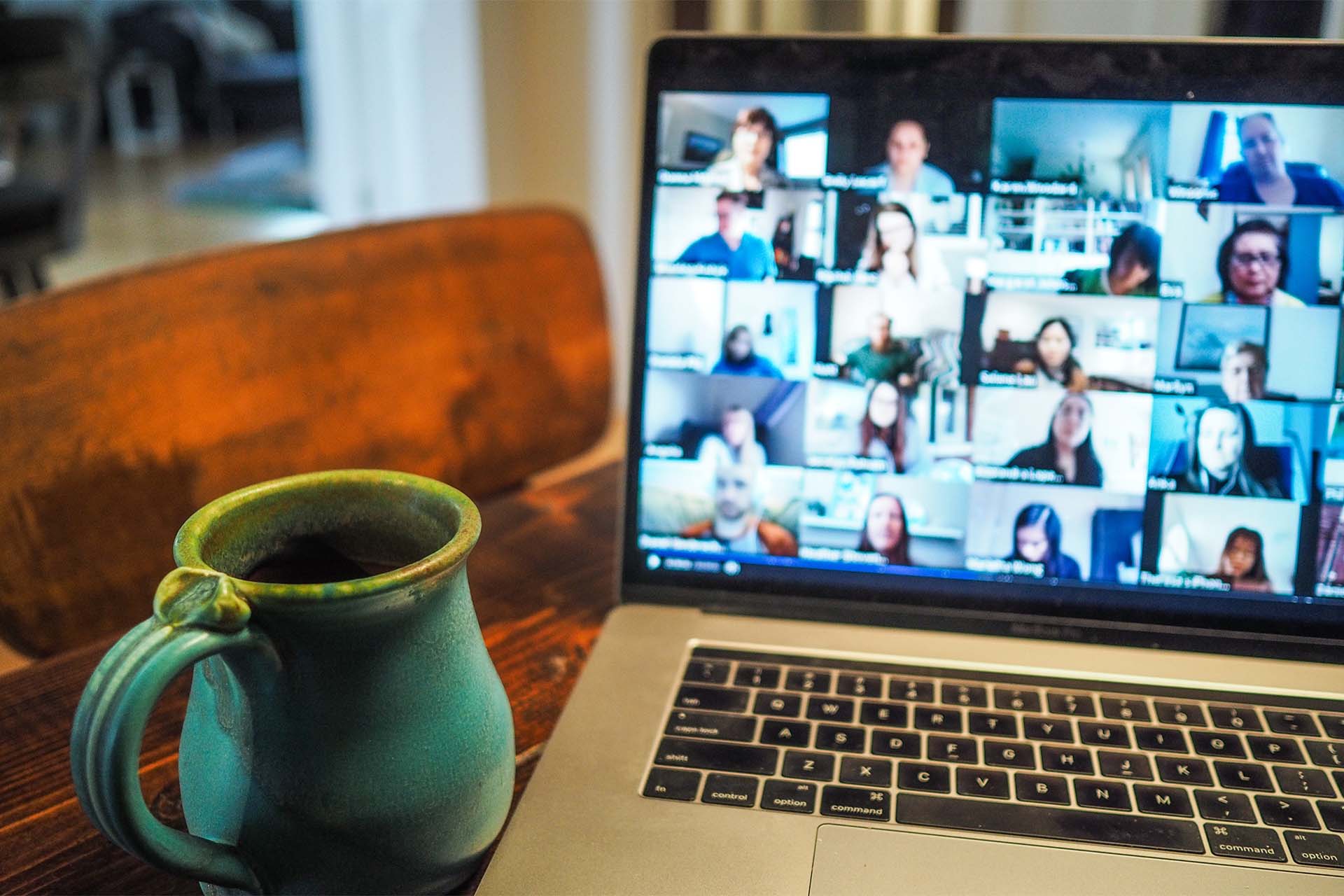 Remote retrospective – tips from many years of practice