The radical transformation of a manufacturer

This transformation story begins in 2011, when I took up my position as managing director of ETABO GmbH1 in Bochum. At that time, the company was mainly a pipeline builder and generated about 90 % of its turnover with the construction of new power plants for e.g. RWE. As early as 2011, it was clear to us that this business was finite and that we had to radically diversify the company. To this end, I, with a strong background in the service business, had been brought into the company by the owner.

Between 2011 and 2016, we worked at tremendous speed on “WHAT” we were doing. Every month, we bought service companies, opened locations, entered new business areas, hired entire groups of new employees and expanded our portfolio. In figures, we doubled our turnover and number of employees, grew from one to ten locations and increased the number of customers from about 25 to about 450. At the end of 2015, over 90% of our turnover resulted from business areas that we had not carried out at all 5 years earlier.

This led to us being awarded the “NRW Economy in Change” prize by the North Rhine-Westphalian Minister of Economics, my managing director colleague Alexander Kluge and I were honoured among the 5 finalists of the EY competition “Entrepreneur of the Year” and we were dubbed “Heroes of Medium-Sized Businesses” in the Wirtschaftsblatt. And this was exactly where the first snag lay: my colleague and I were honoured just as much on our own as we had previously made decisions on our own. We had set all the course for changing our product and service portfolio alone.

Against the backdrop of a collapsing business model, the urgency of the situation was reason enough for us not to involve anyone and to do what we thought was necessary at our usual speed of decision-making. And if there was nothing strategic to decide, we simply continued with personnel measures, processes, projects, etc. We were in a “decision frenzy” in which we saw ourselves as the solution to all problems. Until I realised that I was not the solution, but the cause of many problems that had meanwhile arisen in the company.

Looking at our projects, we noticed two things:

The problem was that the money we earned in 19 out of 20 projects had to be used regularly to compensate for the one project that went wrong.

A practical example: When a project was accepted, it was clear to all involved from the beginning that due to long delivery times for fittings, the intended contractual goal would not be achieved. But no one dared to take responsibility, make a decision and not accept the order in this form. When the installation began and the fittings were missing on site, as expected, no one took responsibility and stopped the nonsensical setting up of a construction site. Only when the customer called me and complained, did it become clear how deep in the hole we were. Even though causal research is idle, at that point we were still very much attached to the idea that there must be a “culprit” for every problem. Apparently, the problems in the project had always been communicated with “it could be that we are getting a problem there, but we are still testing”.

Although the ultimate realisation did not mature until much later, it was clear that we had a systematic problem. The behaviour of the two managing directors had led to the task of “making decisions” being attributed to us alone. How could we, who had not handed over any responsibility to others before, actually expect them to do so now on their own? The company’s culture of responsibility, which we had strongly shaped, had fallen on our feet. But how could we solve this systematic problem?

A desire to learn

Practically parallel to the project described above, we had caused a stir in the surrounding area with our apprentice project ETABO 4.0. In order to set new accents in the training of young people, our apprentices had been given money to carry out a completely self-determined and self-responsible project. With their own time management and independence from the line organisation, we wanted to awaken a new “desire to learn”. The aim of the training should no longer be to fill the skills gaps, but it should be an incentive to continue learning after the end of the training and not to leave the educational path.

The results surprised us all:

The first trial with self-determined work was a resounding success and was later dubbed “Germany’s first agile apprentice project” by the Bochum Chamber of Industry and Commerce.

The conscious decision for transformation

We asked ourselves whether such organising principles could work throughout the organisation? We had doubts until fate took our hand. In October, I gave a talk on the apprentice project at the invitation of the Economic Development Agency on the occasion of the event “Bochum – A city goes digital”. At the event I met the great futurologist Kai Gondlach2 from Leipzig, who invited me to a transformation congress in Stuttgart.

At that time, I had no idea what “transformation” or what “agile” meant. That was to change in November 2017, when I learned through Markus Stelzer from Tele Haase3, among others, what happens when people organise themselves in companies. During the two days, many of my beliefs about leadership were challenged in such a way that I went into reflection very strongly. Although what I had heard contradicted everything I had previously believed about ‘leadership’, it resonated with me and – there is no other way to put it – it just felt right.

I went back, reported to my colleague and we decided (alone for the last time) to go into transformation.

The path of radical transformation

In January 2018, I stood in front of the staff and, to everyone’s surprise, announced my resignation as managing director. I justified this with the situation and my wish not to continue in this way and announced that I would be away for a week. This was to give everyone a chance to consider whether they wanted to go into transformation with me or work with another GF instead. I put myself up for consideration.

I could write a book about the following week, but to make a long story short, I got the trust and full of positive naivety we started the transformation.

As a coach, we quickly agreed on Christian Müller from proagile.de³. He convinced us with his way of radical transformation. This means:

In a two-day kick-off event with the employees, not only were expectations and wishes asked for, but a 10-member transformation team was also formed, which was to represent the cross-section of the company as well as possible.

This team was regularly coached and trained by proagile.de. It was the starting point for all changes in the company.

Cross-hierarchical working groups were formed on the topics collected in the kick-off event, which immediately began their work:

The results of the working groups were presented to all colleagues in bi-weekly stand-up meetings and implemented if there was a consensus.

The further we got, the more it became clear that we also had to change the organisational structure – which used to be classically hierarchical. Of course, this also happened in a working group that anyone who wanted to could join. After several design thinking rounds and discussions in stand-up meetings, the pyramid with specialist departments was dissolved and replaced by self-organised teams formed according to customer and service segments and, after 2 years of transformation, put into operation in January 2020.

Insights from two years of transformation of a manufacturer

I have gained the following insights from two intensive years of transformation:

And the whole thing had side effects, too. In the course of the changes, I put so many of my beliefs to the test that at some point I asked myself whether I wanted to continue my job as a managing director in industry for another 10 years until retirement, whether – to use Frithjof Bergmann’s words – this is “what I really really want”?

I have decided to transform myself as well, and to start completely from scratch again at the age of 57. I have completed training as a systemic coach and have been self-employed as an “ally for change” since 01.01.2021. 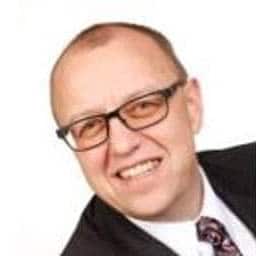 Nicolas Korte is an “ally for change” and supports companies and people on their transformation journey. And that is much more than he had expected at the beginning of his personal transformation story.