Patterns and methods in organisations

It’s not a bug, it’s a feature!
Methods as a solution to undesirable effects of a pattern?
Prepare the ground for the method
Finding a method for the issue behind the pattern

Old wine in new bottles: What to do when modern methods reproduce old patterns?

Methods help us to shape our cooperation in a conscious and goal-oriented way. Instead of leaving it to chance or the will of the loudest project member how a project is approached, there is a clearly defined procedure that is geared towards achieving the best possible result. Methods promise orientation and reliability. Time and again, however, we experience in organisations that methods do not really bear fruit and are somehow not adhered to. The frustration increases because not only the project goal is missed, but also the method is not followed. Where does this come from? And how can it be avoided?

The reasons for half-heartedly applied methods may be different in every company: Sometimes those involved do not have the necessary methodological knowledge. Sometimes the operational time pressure is simply too high to proceed methodically. Sometimes the method does not have the necessary acceptance by the management. What lies behind all this, however, is often the same. It is what is indirectly challenged by the new method: The existing patterns of the organisation. They determine the thinking and behaviour of the organisation’s members, but they are not always fully aware of them. And therefore very difficult to change – even with the best method in the world.

Something we are not aware of determines our behaviour in the company? Shouldn’t actions in organisations be aligned with the purpose of the company and therefore the result of conscious decisions? It should. But corporate purposes and other explicitly formulated rules of the game always leave a “residual grey area” to be filled. It offers scope for individual decisions. And for the emergence of common “decision-making habits” – the patterns of the organisation. A “this is how we do it now” becomes a “this is how we did it last time” and finally the much quoted “this is how we have always done it”.

The emergence of such organisational patterns is therefore by no means a malfunction that needs to be corrected. For the patterns – like formal structures, strategies and processes – serve an important purpose for the organisation: they help to coordinate cooperation. Instead of having to decide over and over again who does what, how decisions are made and how conflicts are dealt with, the patterns provide a blueprint that no longer needs to be thought about. And often won’t.

Methods as a solution to undesirable effects of a pattern?

However, as much as common patterns facilitate cooperation, they can also have obstructive effects. For example, a successful struggle for the best solution can develop into a time- and energy-consuming discussion culture in which every decision, no matter how small, is discussed in detail with the involvement of all stakeholders. Or an orientation towards harmony that ensures good cooperation on the surface leads to conflicts not being addressed openly, but discussed and cultivated “behind the scenes”.

One way to deal with such effects is to look for methods to improve cooperation. If you look long enough, you will probably find exactly the method or tool that fits your problem – be it timeboxing to avoid endless discussions or kudos cards to promote appreciative communication.

However, this overlooks the fact that the existing pattern, despite its undesirable side effects, also has a benefit for the organisation. If this function is threatened, organisational resistance arises. The endless discussions are simply continued outside the timeboxes in the coffee kitchen. And the Kudos cards may even reinforce the need to negotiate conflicting issues “backwards”. Organisations are incredibly adept at maintaining their patterns even under changing conditions.

If a method is to have its effect, it is therefore essential that those involved first come to terms with the old patterns of behaviour and their benefits – which are usually not obvious at first glance – before or at the latest during its introduction.

Prepare the ground for the method

The best way to do this is immediately after concrete interactions with which the participants are dissatisfied. For example, after a tough or inconclusive project meeting:

What was until then a diffuse feeling of dissatisfaction for those involved can now be clearly named: “We keep discussing here without coming to a decision.” Or: “We quickly agree with each other, but afterwards we doubt our decisions and act according to what everyone thinks is right.”

If those involved manage to explore these questions openly and fearlessly, they may penetrate to very fundamental shared convictions. This requires courage, but creates a very different basis for the subsequent establishment of new methods and approaches.

In one case, they then realise that they are worried about irreversible consequences of their own decisions. With endless discussions, they protect themselves from having to commit. As long as there is something to discuss, no one has to make a decision and take responsibility for it.

In the other case, those involved realise that they see disagreements as a threat to team peace. Therefore, a pattern has set in that protects them from having irreconcilable views exposed in the first place.

Such insights open up the opportunity to question common convictions and counter them with alternative views. In the case of harmony orientation, for example, that conflicts are a task to be solved and solvable together. In the case of decision aversion, that not every decision has the same implications.

Finding a method for the issue behind the pattern

Against this background, the participants will probably look for quite different methods than without a corresponding examination of the existing organisational patterns. In the case of the harmony orientation, they will probably rather look for approaches that help to deal with conflicts. Instead of pouring more icing on disagreements with Kudos cards. In the case of decision-shyness, they will look at tools for decision-making rather than introducing strict yet workaroundable time-boxing.

This approach also allows the chosen method to be adapted to the specific organisation. In this way, the conducive effects of the pattern can be maintained and its hindering effects eliminated. For example, the discussion-friendly organisation could differentiate between different types of decisions and choose the appropriate decision-making method depending on the case. Some involve deliberate detailed discussion, others can be made quickly. And the harmony-loving organisation can also use Kudos cards in addition to the new conflict management tool – which are all the more effective precisely because the underlying conflicts have been dealt with beforehand.

After such an intensive examination of one’s own patterns and the selection and individual adaptation of a suitable method, it usually takes much less method training and persuasion. Because those involved have understood and internalised what their organisation gets out of the method.

Some text passages in this article were taken from an earlier article by the author and developed further. The article was published under the title “Sich als Team neu aufstellen” in changement magazine No. 02/2021, pp. 17-20.

Anne Lamberts runs her own blog where she writes about effective change processes in organisations: https://www.anne-lamberts.de/blog/. It is definitely worth a look. 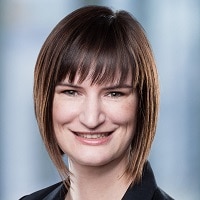 Anne Lamberts is a systemic organisational consultant in Hanau, Germany, and helps teams and organisations to implement change successfully. Designing processes to address common patterns is a particular focus of her work. Her clients include corporations as well as small and medium-sized enterprises from IT, technology and related industries.