An economic attitude for the digital age

We live in an era that is constantly accelerating our economic life. New breakthrough technologies are announced hourly. We learn about them through countless different information channels. Several times an hour, sometimes even a minute, our gaze wanders from the smartphone to the PC screen – from the newspaper to the television – from the mail programme to the team chat in Slack – from the virtual reality glasses to the distant landscape we see through the window in our office. Constantly new products in combination with global markets unfold even more forces – the most powerful is the increased market pressure. It forces us to react faster and faster to customer requirements. Constant innovation seems to be the only promising way to secure the future of a company. Otherwise you will be overtaken by start-ups on the right – that’s it, possibly. As if that were not enough, there is also a shortage of resources – talent. We know that we need people’s creative potential more than ever. They are capable of mastering the challenges described above. But where can we find you? What do we as an economic system or as a company have to do to ensure that they put their skills at our service?

Too big to fail belongs to the past

These developments are rapidly increasing the pressure in the economy. The life span of companies is shortening. Examples such as Nokia or Kodak make it clear – even the largest companies, which have dominated the market for years, suddenly disappear quietly from the scene. Especially in the coming years, the legs of the chairs of deeply German industries (cars) will be sawed off. And the big tankers are spending a lot of money on innovation. But this money often ends up in the mills of bureaucracy without effect. I remember a recent conversation with a consultant friend of mine who described her work for a German car company: “Just imagine. I was there to work with a team on innovation issues. Then they set about creating a prototype of a website. We lost two days because there was no agreement on the colour of the logo on the website. Countless pages of documents and guidelines were printed out, so it went on all the time. While the team was discussing the logo, other teams were completing the whole project”.

Apparently, concepts and methods for increasing innovative power are not developing their potential, as a very experienced Design Thinking Coach explained to me: “I don’t feel like going back to these corporations. Yes – they pay well – but I am not able to make an impact with all my experience and methodological knowledge. At the end of most workshop days I feel drained because my actions have had no meaning. I have to change something.”

The denial of reality

How can this be? The news is full of disruptive threats to our businesses, but nothing seems to be moving. At this point, I am glad to have my experience with this phenomenon behind me. At the beginning of my self-employment I let myself be dazzled by concepts & methods as a saviour. I sold a method to my clients with the promise that after successful implementation everything will be fine. But nothing has become good. I was disappointed, doubted myself. My intuition told me that there was still something incomplete about this picture of concepts and methods. Then I met Gebhard Borck, he had the answers I was looking for. After our first meeting everything was crystal clear to me. Successes on the level of concepts and methods are coincidence. We only achieve lasting effects if we are able to deeply question our attitude and our view of humanity. Here we have reached exactly the point of pain. In order to prepare our economy for the challenges ahead, we need people in the ownership and C-level roles who can rise above the industrial age. The following chart illustrates the “hierarchy of action”. In everyday life we always act automatically from the centre, our thought model – our attitude – our view of humanity. Only when we are able to adapt our model of thinking is this reflected in our actions. This means in further consequence. If the new attitude and its expression in our actions, in the form of concepts, methods and tools, fit together, they will also have an effect. 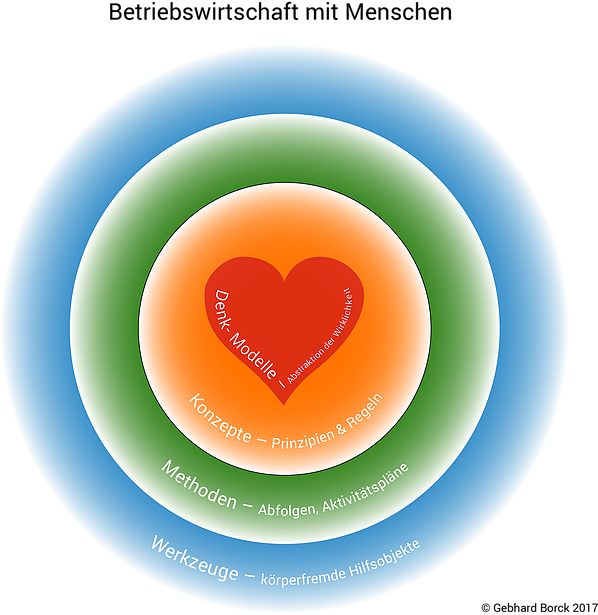 Humanism is not social romanticism

The beginning of the industrial age still shapes the image of man on the decision-makers’ floors today. Workers who could not read and write needed someone to tell them what to do. This attitude is as traditional as if we were still celebrating all over the country when the first 100 metres of a railway track were laid. Hope is given to us by role models and pioneers like Stephan Heiler or Bodo Janssen. The devastating result of an employee survey was the trigger for a 180° turnaround at Bodo Janssen. Since his employees indirectly told him that he would be better off leaving his own company, he has radically changed his attitude. Instead of focusing on numbers – data – facts, employees in Upstalsboom Hotels¹ are now treated like responsible adults. They pay it back, even several times over. Since then Bodo has enjoyed his own work again.

As a practical side-effect of this paradigm shift, the most important key figures – earnings, turnover, number of applications or days of sick leave – have developed in leaps and bounds to the positive. For Stephan Heiler, the trigger was his succession. Stephan had taken over Alois Heiler GmbH², a glass factory, from his father. It soon became clear to him that the classic approach from the industrial age did not suit him. After intensive years of profound change, Alois Heiler GmbH has now been without formal management for almost two years. Stephan sees the human potential in each of his employees. They thank him for it by leading the company through a crisis together. For example, by dealing with employees in an enlightened manner with regard to key financial figures, a sustainable cost reduction of 19% was achieved within 2 months – without dismissal and without Stephan Heiler knowing to this day in detail where the employees have realised this savings potential.

Both examples show that trust in people and their wisdom is worthwhile. They also show that there is no need for concepts or methods, because they hardly use any of these ingredients.

There is no doubt that we are once again facing a major upheaval in human history. It seems to me therefore inappropriate to apply the original humanism in its pure form. I plead for the use and dissemination of the Digital Humanist (originally used by Gartner limited to IT). The Digital Humanist combines the basic values of humanism and at the same time opens up to the challenges of the digital age by dealing with future technologies such as artificial intelligence or blockchain. Each individual should clarify for himself how he envisages dealing with technology. Only when we achieve this clarity will we be in a position to adopt an overarching perspective. A perspective that allows us to deal with the challenges of the digital age in a self-responsible and empowered manner. That is why I advise everyone who wants to remain the designer of their own lives to make their own manifesto of the Digital Humanist – actively engage with the future.

The Manifesto – a proposal for greater clarity

I have developed the manifesto from Gartner’s origins for my own clarity and will continue to do so when unresolved questions arise. I invite you, let yourself be inspired and make your own “thing” out of it. Here is an excerpt from my manifesto of the Digital Humanist:

Become a digital humanist and enter the digital age with your own clarity. Our economy and our companies urgently need a modern attitude.

Information on Joan Hinterauer can be found at www.joanhinterauer.com. At www.perspektivreise.de/, he describes the intensive learning path to a future-proof company DNA with the Perspektivreise Mittelstand.

Joan Hinterauer has published another post in the t2informatik Blog: 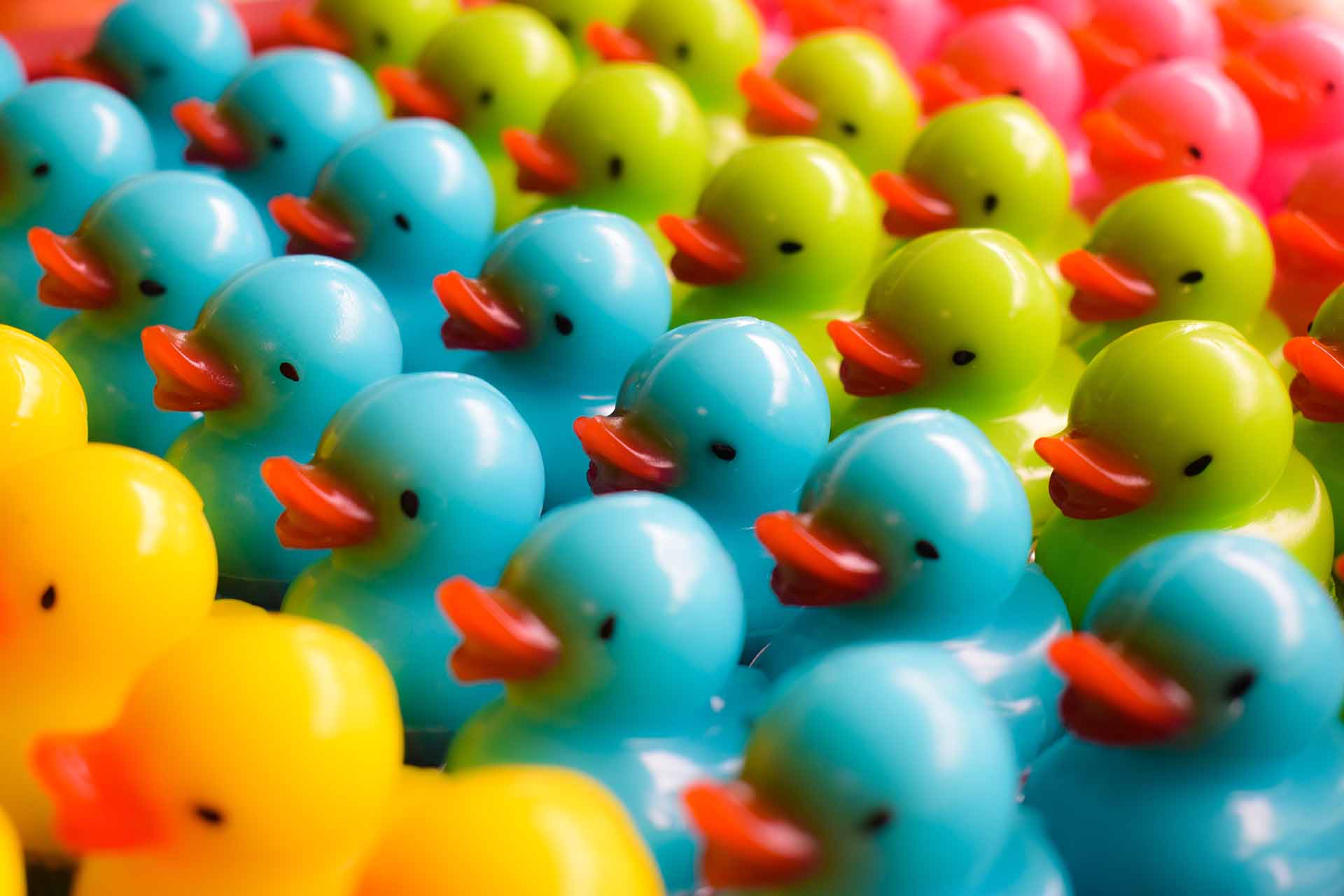 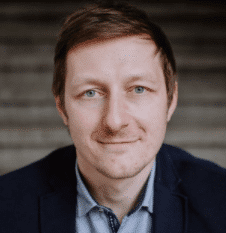