The discussion about agility in public administration is picking up speed. Unfortunately, however, the discussion remains focused on the administration as such and still does not include the decisive stakeholders – politics – enough. I would like to change that, because this integration is essential for the success of a transformation towards agile administration.

Since we are still in a very young field with the subject of agility and administration, there is little that sheds light on the relationship between politics and administration. This is also due to the fact that there is hardly any practical experience, since only very few cities and municipalities in Germany embark on a journey into agility. Federal and state authorities find it even more difficult. Agile approaches can therefore usually only be found at the level of individual projects at the moment. However, it is only a matter of time before other parts of the public administration will actively deal with agility. Reason enough to venture into the relationship between agile administration and politics and open the discussion.

Since the various political levels are subject to different framework conditions, it would primarily like to refer to local administrations. There are two decisive reasons for this: I am firmly convinced that the municipal level, because of its proximity to the citizens, is the ideal experimental field for an agile administration and – what many may not be aware of – administrative work primarily takes place in the town halls. For me, it is precisely the municipal level in our multi-level system of federal, state and local governments that is the place of the political system in which the agile idea is most perceptible, tangible and effective.

What is the difference between agile administration and the New Management Model?

Some people may remember the discussions about the “New Management Model” at the beginning of the 1990s. This was based on the separation between the strategic WHAT and the operative HOW. The policy should define only the WHAT, while the HOW should be an exclusive domain of the administration. For many good reasons, this strict separation has never been able to prevail in practice.

As a representative of the many agile methodical approaches, I will refer to Scrum at this point. Scrum is an excellent approach to coordinate open-ended development projects. In addition to the self-organised team, the hallmark of Scrum is the constant rhythm of the sprints, at the end of which – in addition to the team’s sprint retrospective – there is also the review with the stakeholders. The entitled parties also include the city management as client of the administration, which belongs to the Scrum team. 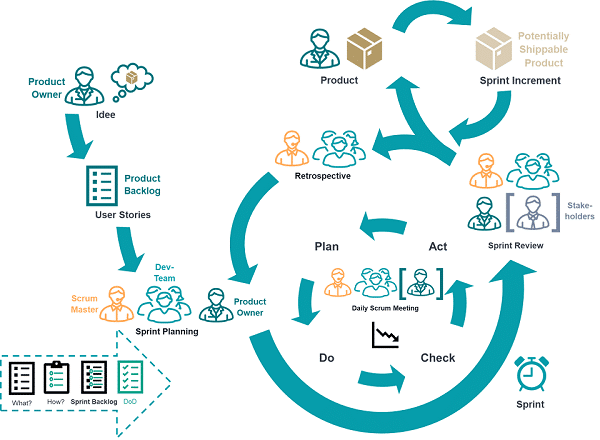 Politics as management is not only the one that awards the contract, but is also involved in the entire development process. Through feedback in the ongoing process, it has the opportunity to fulfil its mandate as citizens’ representative at every sprint (not during the sprint!).

As an entitled group, politics is part of the review in a four-week rhythm! When does the local council usually get an insight into the project in a classic report? Hardly at such short intervals! And what’s more, unlike in a pure “presentation” in a local council meeting, the local council is also asked to actively give feedback that goes into the next planning phase – the next sprint. The feedback process between politics and administration takes place continuously, at short intervals and during the development process.

Another special feature is that the review is basically “public”. Interested stakeholders, in this case interested citizens, are also cordially invited to actively participate in the review and give feedback. The review can therefore also be understood as a low-threshold form of citizen participation.

Of course, some may argue that not every project may be of equal importance for citizens’ representation. That is correct. But on the one hand it is not a MUST that all stakeholders are present at every review, but a free decision. And on the other hand, it can be “controlled”, for example by a main statute, what importance is attached to a project. Thus, the review meetings can be perceived as part of a public municipal council meeting, a public committee meeting or simply as an open review workshop. This procedure is very transparent. Ideally, the results will then be made publicly available.

Especially in processes with a “civic reference” it makes sense to leave the formalised framework of the committees and open a review to interested citizens, whereby most municipal ordinances have regulations for knowledgeable residents that can be used to involve eligible persons in advisory committees.

Along with Scrum, Kanban is one of the more well-known agile approaches. Kanban does not define fixed roles or “events” as in Scrum. It is therefore much easier to integrate into an existing structure and enables an easy entry into an evolutionary change process. An essential characteristic of Kanban is the visualisation of the processes, the value streams and the process rules and the associated visualisation of the implicit basic assumptions. In addition, Kanban uses a principle of limiting parallel work in order to work focused on topics/tasks. In addition, Kanban is ideally suited for the “agilisation” of daily business operations and personal self-organisation.

One way to make the cooperation between politics and administration agile is to adapt Kanban for “portfolio management”. Portfolio means the larger projects and topics that the administration deals with. With the help of a Kanban board, the decision-making processes within the local administration and the respective work statuses are visualised transparently during the course of the process. In addition, the basic rules that must be fulfilled in order for a project or a topic to be transferred to the next step in the process chain are displayed for each defined process step. This gives all participants an overview at all times of which topics are currently being worked on and where. It becomes exciting when this board – for example electronically managed – is also accessible to the citizens, who can thus inform themselves about the work of the committees and the administration.

However, the visualisation alone does not make a Kanban. This requires another ingredient: the so-called WiP limit, a limitation of parallel work (WiP stands for Work in Progress), in the defined process step. This is based on the idea that the artificial bottleneck allows the workflow to be controlled in such a way that the system is constantly used to full capacity without being overloaded or starved to death. As a result, decision-makers must regularly prioritise which projects and topics come to the fore. This prioritisation does not take place in a quiet chamber, but in close coordination between the administration and local politics, for example in existing bodies such as the administrative committee or the local council (depending on the defined competence).

This is combined with the Kaizen idea of continuous and holistic improvement of the overall system. This means that – similar to the Review and Retrospective – the administration and policymakers work together in regular iterations to determine whether, where and what needs to be done to adapt and further develop the system. Since Kanban does not prescribe any committees or events for this purpose, these iterations – in Kanban they are called cadences – and the necessary coordination can be integrated into the existing work structure. The so-called service levels (expectations / capabilities / agreement / threshold values) offer the adequate tool to create an operative framework. With the help of historical data such as lead times, improvement potentials can be empirically proven and developments made visible.

Kanban becomes a tool for creating transparency with regard to the variety of topics, the tied capacities and the control of the decision-making process within the local administration. In addition, it fulfils the demand for transparency made by the public administration.

At this point I would like to point out that this is only a possible Kanban deployment scenario that refers to the cooperation between agile administration and agile local politics.

Management by Objectives (MbO) – strategic management by means of objectives is a widely used instrument, but in practice it has some weaknesses, especially since MbO lacks the agile element that we currently favour. One solution to this is the “Key Objectives and Key Results (OKR)” approach, which has been successfully practiced for many years by large companies as well as start-ups in Silicon Valley.

As the term already indicates, not only goals, but also key results are defined here and – now it becomes dangerous – at regular intervals (three months) across all hierarchical levels (yes, right across all) not only defined and checked, but also updated in the countercurrent principle.

The OKR approach is also based on a regular dialogue between all parties involved. If we transfer the idea to a city administration, the local council enters into a regular dialogue with the top of the administration about goals and results. Results – this is important to mention here – are exactly what we as agilists want to achieve. Results make it possible to check whether we are on the right track with our assumption in the form of goals and whether we are on the way to achieving them.

Regularly across all levels also means, however, that politics and administration are again engaged in a dialogue that leads to a better understanding – on both sides. A constant interaction of two systems that are in themselves opposed to each other or, as my colleague Wolf Steinbrecher puts it: politics has a centrifugal effect, while the administration has a centering effect and thus complements each other. The constant rhythm ensures “early” and ongoing feedback and therefore fast and early feedback. As a result, administration and politics can make adjustments and (counter)steer together. In contrast to “cemented” annual targets, the targets are adapted to the current and resulting findings.

Advantages for administration and politics

In contrast to the New Management Model, which favors a strict separation between WHAT and HOW, and thus indirectly strives for a clear separation of politics and administration, agility is characterised by the idea of interaction at eye level. In this way, those affected become participants. The management creates the framework conditions it needs to develop the agility of the teams, but does not have to fear being left out, since it is integrated.

Applied to the relationship between politics and administration, this means that politics does not have to fear for its influence, but is much more involved in the process. Politics and administration meet at eye level. This strengthens mutual understanding and at the same time increases the quality of information and decisions, as the transfer of information has fewer hurdles to overcome.

I believe in agility in public administration. Do you too?

Notes (in German only):

Thomas Michl has published more posts in the t2informatik Blog: 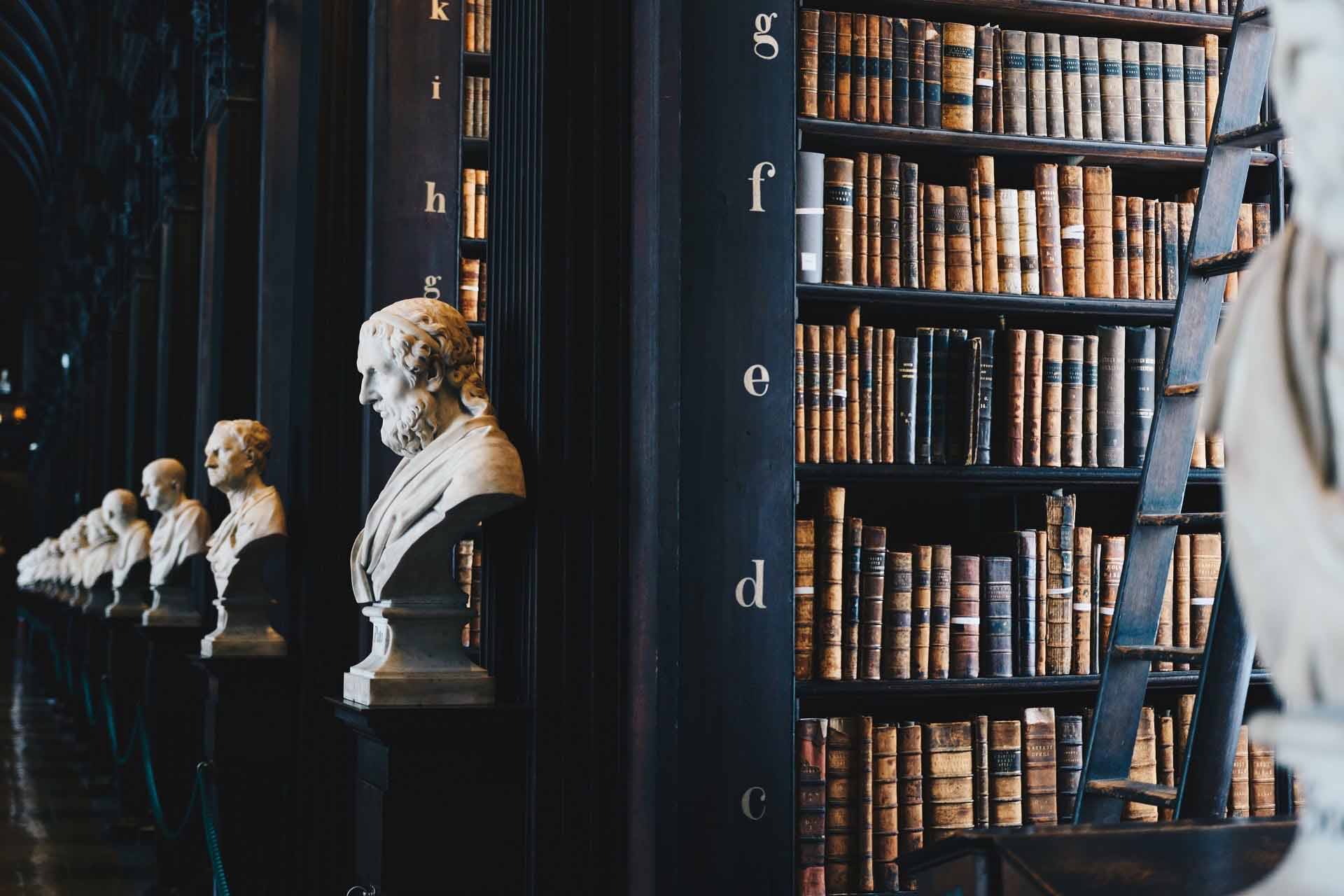 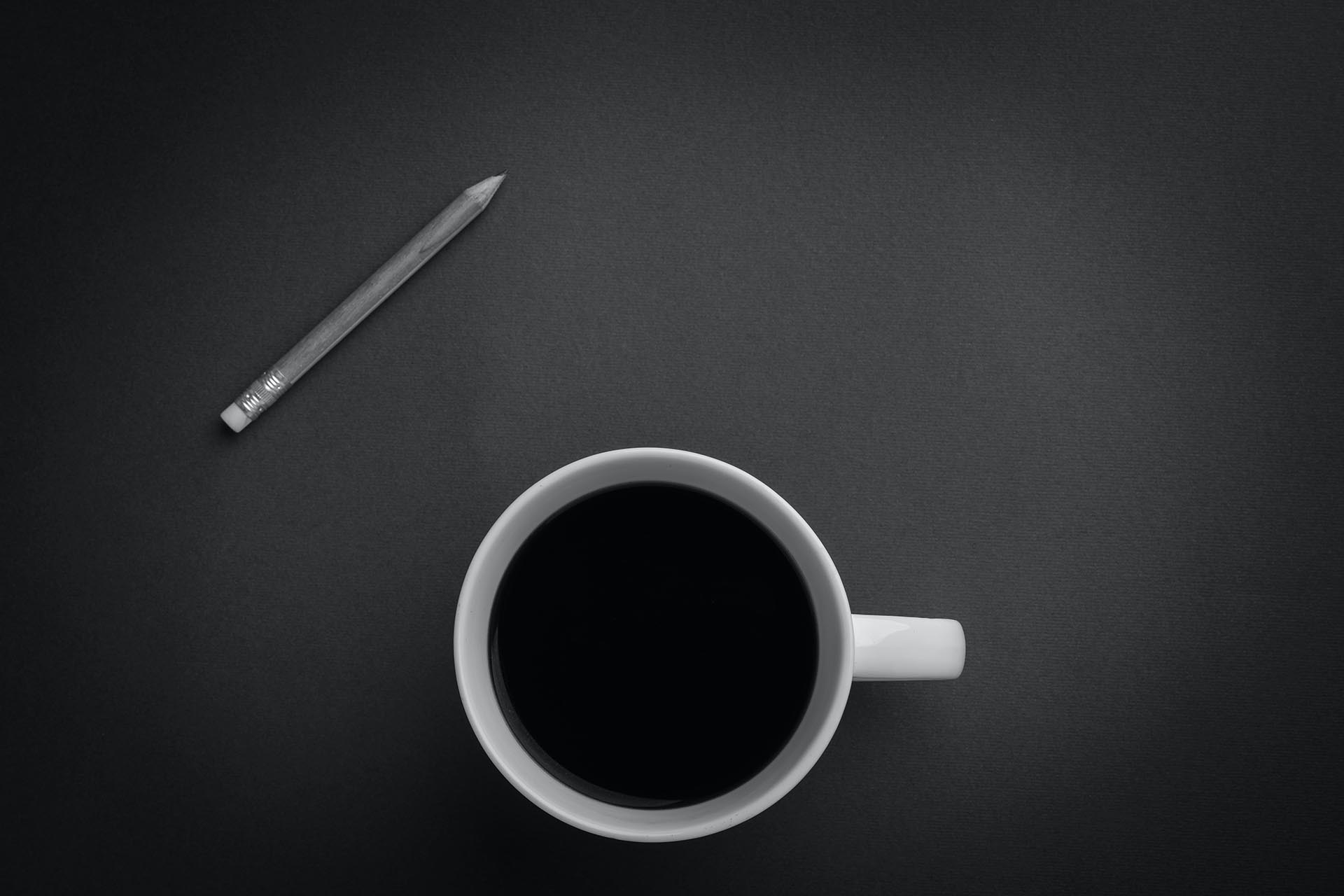 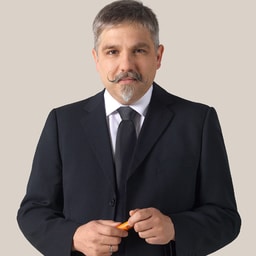 Thomas Michl is a graduate in administrative science and a MBA. After 10 years in public service, the passionate agilist has been working for Exxeta AG as an agile coach since the beginning of 2019. Mr. Michl is one of the founding members of the Forum Agile Verwaltung and a member of the board of the sponsoring association. The Forum Agile Administration is supported on an honorary basis and has set itself the goal of bringing the idea of the Agile Manifesto into public administration by offering a platform for exchange and collegial consultation.