A journey through the stages of team development

How to build trust as a leader and increase team performance

Trust is the foundation of every functioning relationship – no matter in which area of life. Imagine you have travelled to an unknown country and are dependent on the help of a guide. Whether or not you trust this person is a matter of feeling and the experiences you have made that have inscribed themselves in your feelings. The same applies in a professional context. Since we humans are often afraid to talk about feelings in business, managers are less likely to be among these trusting people. And now also Corona.

Home Office: Trust in the crisis?

The current crisis is drastically changing the way we work and socialise, minimising the opportunities to confide in someone personally. The challenges for leaders are manifold: teams that have to perform in the home office under changed conditions and dwindling space for interpersonal relationships. Because “management by walking around” no longer works, managers must now rethink and deepen their empathic skills.

“The constant calls to work from the home office cause mixed emotions.”

For example, how can you integrate new members into the team if you have not even met them in person? How can trust or a sense of we be created in the team across physical boundaries? Is decentralisation perhaps also an opportunity for more self-organisation and promotes the ability of individuals, teams and even organisations to change?

Control is good, trust is better

Where trust prevails, (hardly) any control is necessary, because trust is the basis for self-organised work. And what is even more important: Trust teams perform better. This is also confirmed by a recent research study by the University of St. Gallen. The paper, entitled “Trust in virtual work environments”, documented that speed and adaptability are the most important drivers for long-term success in organisations.1  Trust in the team and as a corporate culture embodies a key value.

To show you how to build a high-performance trust team, I would like to take you on a short journey through time. Using the concept of team clock phases also known as stages of group development, I will illustrate how you and your team can significantly increase the performance of your team with certain confidence-building measures. My exercises are not a panacea, but rather an invitation to recognise, appreciate and develop the individual needs and resources of the team members.

The phases of team building are often displayed in a “team clock”. The phases circulate therein from zero to twelve o’clock. According to Bruce W. Tuckman (1965), the team-building process can be divided into four or five phases.2 You can also think of each phase as a stage destination on your journey.

Before the journey begins, a loose picture first appears. The prevailing mood is characterised by a combination of concerns, tension and fear, but one can usually also sense a certain euphoria.3

In this phase, there is little or no trust among those involved. Communication is polite and impersonal, and there may be some small talk. The roles in the team are still unclear.

Trustful communication between the team members is a prerequisite for progress in the team. That is why you should agree together from the very beginning on the rules of the game for communication and dealing with each other in the team. In this way you create the framework for trust.

As a leader or coach, your task is to be there for all questions and concerns of each individual in a congruent manner. Because you, above all, must build up a very good basis of trust with your employees from the very beginning, so that they turn to you in good time when problems and conflicts arise.

In the context of virtual teams, I believe that one thing above all is indispensable: To show face. Because that creates closeness and promotes trust. “So cameras on!” is the first exercise. “A face by nature creates familiarity and a direct point of contact.”

Once the team members have sniffed each other and “warmed up”, the next phase begins. This phase is characterised by positioning, first small power struggles and friction. The level of trust is still low and is put to a first test.

The mood is marked by zeal and ambition on the one hand and frustration and anger on the other. Because dominant personalities are now venturing a first push and less dominant ones feel pushed back. This leads to discussions in which conflicts of interest and differences of opinion become apparent. Small groups form and often two different camps emerge. If there is no appropriate moderation, the team loses itself again to a loose association and each cooks his or her own little soup.

“To do everything yourself is not an option!”

This phase is an important transit phase on the journey to the trust team – even if it seems quite unproductive and annoying. In fact, this conflict phase is extremely important for learning from it and growing together as a team. Conflicts and stumbling blocks must be overcome, otherwise they endanger the success of the journey.

As a leader, you should now increasingly take on the role of mediator, i.e. uncover, accompany and moderate conflicts. However, it is also important to think about your own responsibility as a leader and reflect on your own role. If you reach your limits, get an experienced coach on board as an uninvolved third party. First and foremost, you should feel part of the team and talk to your team at eye level. Because trust is not a one-way street.

As an exercise, you can set yourself the goal of having a positive thought about the other person in your mind in every conversation, and you can also express it with pleasure. This will have a constructive and positive influence even in conflict situations.

In the norming phase the minds have calmed down a bit and a phase of organisation in the team begins. The goals are defined and the rules of joint cooperation are internalised. The tasks are distributed evenly so that nobody is overburdened or underchallenged. Differences of opinion can still hold up the work, but it becomes apparent that the members are making an effort to achieve results in the discussions.

On a personal level, self-confidence and confidence is built. At the team level, the development of synchronisation, trust, helpfulness and respect begins. Through initial successes as a team, a “we-feeling” gradually develops – the basic prerequisite for a trust team. The fact that a personal identification with the tasks now develops means that the team is increasingly faster.

In this phase, it is good to take time for confidence-building measures proactively as a leader. The best way to do this is through rituals that further weld the team together.

This can be a daily virtual stand-up. Especially in the current crisis, it is important that interpersonal issues, such as the personal situation, are also heard. This can mean, for example, that each team member has two minutes to talk about things that move him or her. As a leader you can offer check-in questions, among other things. For example, the others learn that the colleague is struggling a lot with his or her children’s homeschooling at the moment and therefore has difficulty keeping up the pace.

“Feedback rounds are one of the most important rituals of a trust team and pay into the ‘we-feeling’ account.”

A proven exercise is giving feedback as part of a retrospective. The intention here is to formulate it in a consciously appreciative and positive way and to be as concrete as possible. Because a little inspiration can have a big effect on the emotional level. In my opinion, change begins with feeling.

In the fourth team phase, a good distance has been covered and a solid basis of trust has been established. The more trust circulates in the team, the stronger the performance. Because every team member has found his or her role and trusts in the team’s competencies. They are interested in achieving the agreed goals together. This results in cooperative and familiar work that increases the ability to change. The team gains speed.

As a leader, you are less and less needed in this phase. Think of the metaphor of the swarm, which also gains its ability to change through self-organisation, decentralisation and openness. Self-organised teams can achieve a very high level of performance. This is because they take responsibility for the big picture and can make decisions in the interests of the team or organisation. This makes them much faster and more agile than hierarchically managed teams.

“I firmly believe that we are better as a team!”

As a leader, you can practise recognising and praising the increased performance and the jointly developed culture of trust, and paying the necessary respect to the joint performance. You can do this, for example, by fulfilling requests for further training, by holding discussions with individual members about the future of cooperation and by celebrating the goals achieved in an appropriate manner.

Bruce Tuckman added another phase to his model in 1977: the Adjourning Phase. Because it is not relevant for all teams, it has a special status among the team phases: While every other team clock phase can be followed by a further phase (e.g. storming can follow after performing if new team members have joined the team), this fifth phase exclusively describes dissolution processes.4

In practice, the transitions between the phases are naturally fluid. Your task as a leader is to make sure that the first phases, which are characterised by low productivity, are mastered quickly and that the team starts working productively.

Forming a performant trust team is a challenging and exciting journey, especially for leaders. The most important thing is to recognise that building trust requires time and appreciation for interpersonal exchange from you. However, this does not mean that trust cannot be put to the test at any time, because trust is a process that is open and never finished.

I am sure that high performance teamwork only succeeds when it is actively accompanied by the leader. Ergo, when trust is involved. And that is often not a question of rationality, but of individual feeling.

Consciously use empathy as a leadership instrument by actively trying out the above-mentioned exercises in your everyday work, so that your team can get into self-organization and thus start performing.

As the Corona crisis with its disruptive power currently shows us, decentralisation and trust are an important prerequisite for virtual trust teams. If the responsibility is distributed over many different shoulders because the necessary trust is present, emergent and sustainable ideas and solutions can emerge. It is therefore worth taking this journey with the team.

“Trust is the most beautiful form of courage.”

Do you deal with the topic of digital transformation? Do you want to learn with your organisation in a sustainable way and at the same time enable teams to deliver quickly? Then Nadja Obenaus will be happy to talk to you. 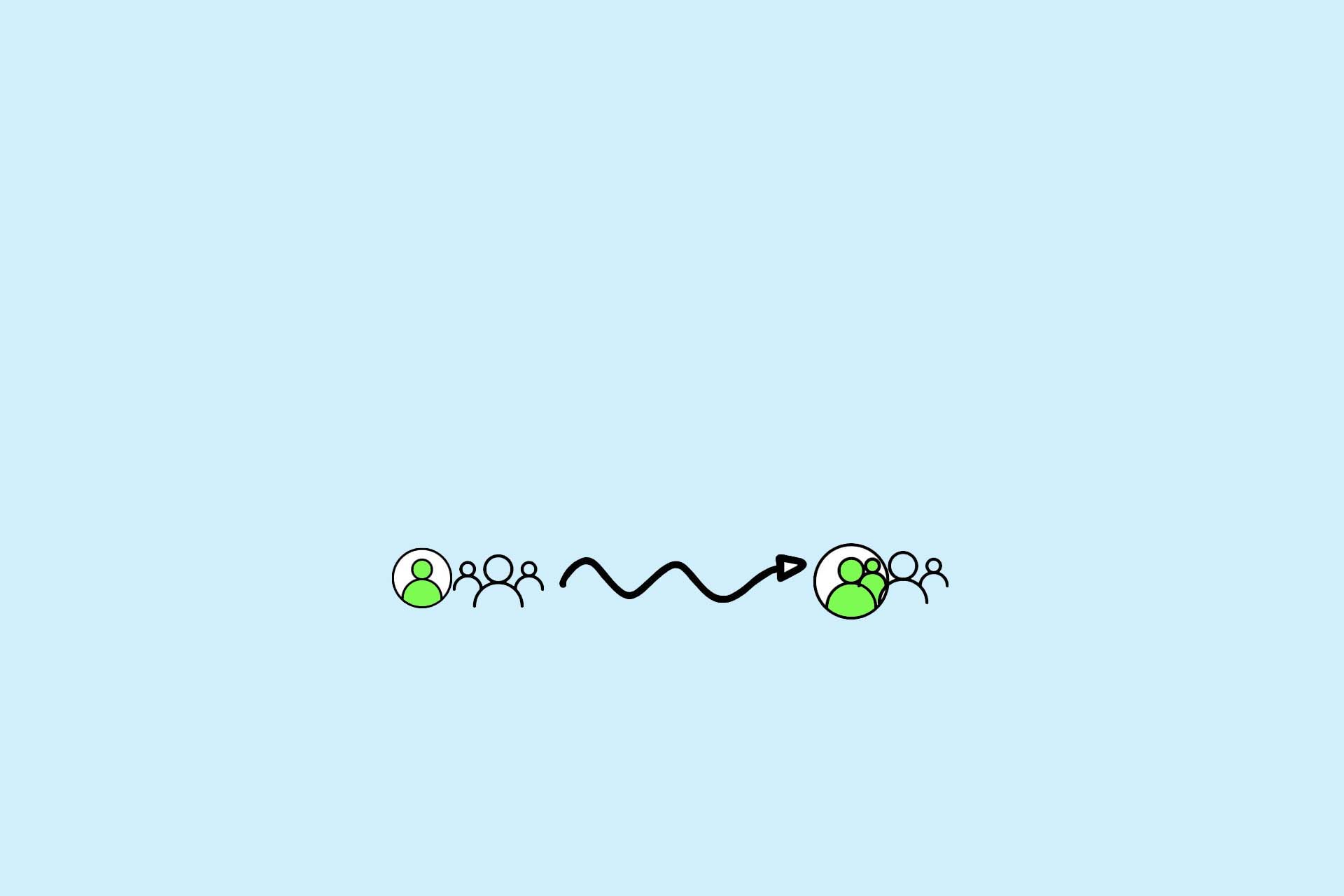 How to negotiate leadership 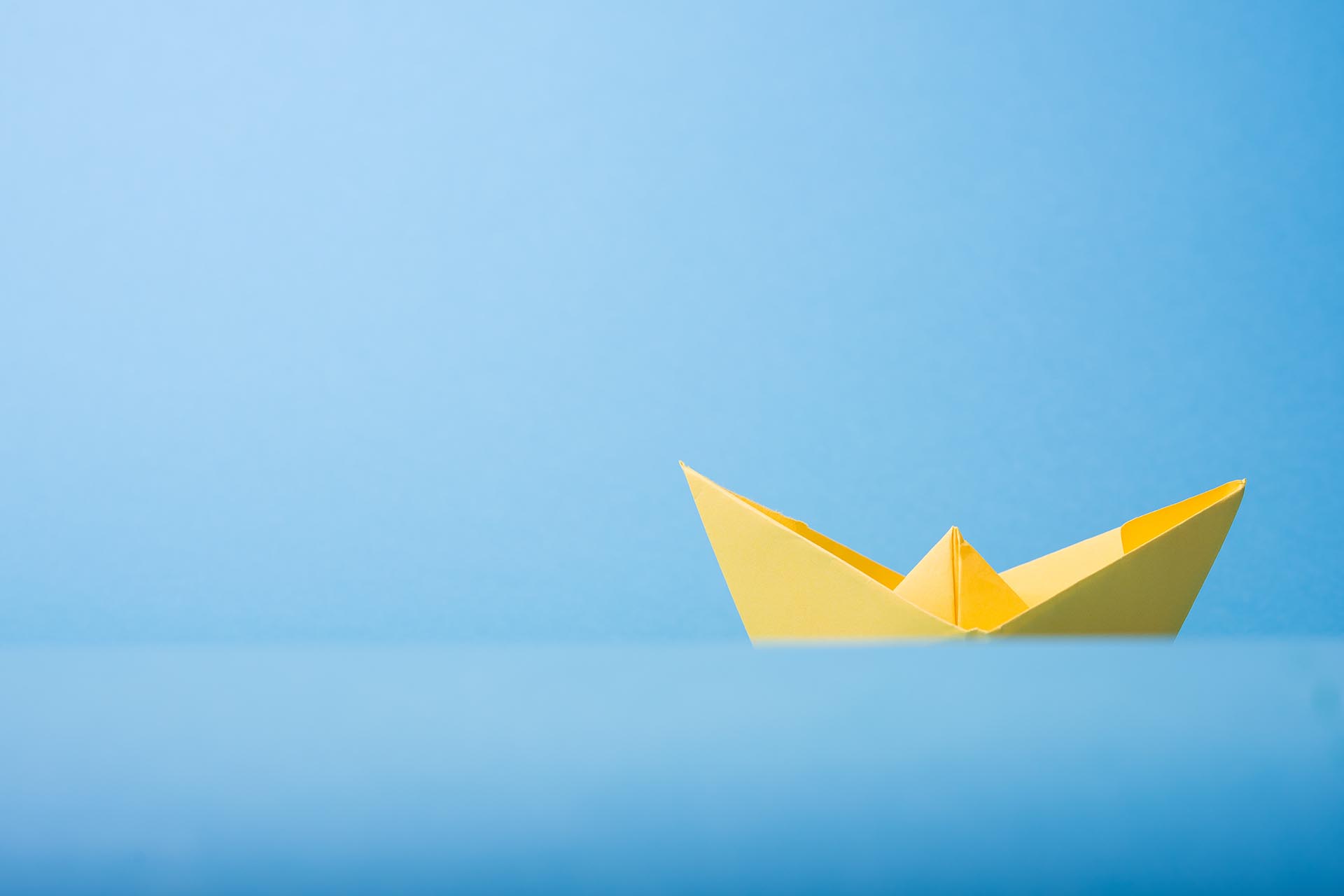 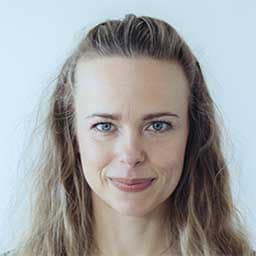 Nadja Obenaus has been working for more than 15 years as an IT consultant and d-coach with international teams. As a certified LeSS user and pleasure trainer, she follows the motto “Less is more” in her specially developed de-coaching approach. Her topics are healthy growth, self-organised teams and organisational resilience.

Born in Styria, she is a passionate triathlete and when she is not involved with the children at Weekendschool Germany, she prefers to cycle through her adopted home of Hamburg.