A short time travel about valuable leadership and the human factor

19 July 1989, a beautiful summer day. We are on board a United Airlines DC10 en route from Denver to Philadelphia. Everything looks like a normal day for Captain Al Heynes and his crew, except for the fact that there are a lot of children on board, as United is offering special tickets for families with children.

Everything feels like a normal flight until suddenly there is a loud bang. From that moment on, the flight feels different, strange, scary. It is clear to everyone on board that there is a problem. However, only the crew and one of the 285 passengers on board suspect the seriousness of this problem at this point. More on that in a moment.

Let’s first change the scenery and move into the cockpit of our DC10. There, shortly after the bang, the pilots discover that all three hydraulic systems designed to control the aircraft have failed. The huge machine with almost 300 people on board is no longer controllable. The pilots were not prepared for such a problem because it was thought impossible that all three independent hydraulic systems would fail at the same time. Only one system is needed to control the aircraft. The other two systems are installed as redundancies. On that 19 July, a so-called fan impeller of an engine broke, the fragments of which penetrated the lines of all three hydraulic systems. Sometimes the unimaginable happens.

So now our captain Al Haynes is at the controls of his no longer controllable aircraft. A more than serious situation, far beyond any imagination. Suddenly the door between the cockpit and the aircraft cabin opens. One of the flight attendants enters and reports that one of the passengers has contacted her. He is a DC10 flight instructor and believes there is a problem he can help with.

It is more than unusual for captains to allow passengers into their cockpits in such emergency situations. However, Captain Haynes quickly realises that he must use every available resource to maintain a realistic chance of survival. So eventually four of them sit in the cockpit: Captain Haynes, his first officer, the flight engineer and the hitherto unfamiliar flight instructor. Together they finally find a way to steer the plane using engine thrust: more throttle on the right for a left turn, more throttle on the left for a right turn. What may sound easy, like canoeing, is, however, tremendously difficult. Nevertheless, the four of them manage to land the plane at Sioux City airport. On landing, the plane breaks in two. 110 passengers and a flight attendant lose their lives. 185 people survive.

Why Captain Haynes was nevertheless celebrated as a hero and his achievement immortalised in the Hollywood film “Disaster Flight 232” starring Charlton Heston? – After the accident, countless pilots, including factory and test pilots of the aircraft manufacturer, tried to land this very DC10 in simulations. All without success. On that 19 July 1989, 185 lives were not saved by the performance of a well-trained pilot, nor by good and reliable aircraft technology. Neither was sufficient for this dynamic and complex situation. These lives were saved by the exceptional team management of Captain Al Haynes, who knew how to use all available resources. On that day, an absolutely above-average high-performance team was operating in the cockpit of DC10, which became successful because Captain Haynes gave each individual space and trust.

In September 2020, AL Haynes passed away at the age of 87. After that summer day in 1989, he never tired of telling us that it was through his first Crew Resource Management or Human Factors training that he understood that no matter how experienced and well trained he was, it was not he who made the difference, but the team he led.

He was taught that leadership means creating the framework for everyone to contribute because everyone is valuable. On that July day, Haynes even decided to give a passenger he didn’t know before the opportunity to contribute himself and his skills. He was rewarded with 30 more years of life and a Hollywood movie! – But what is Hollywood anyway?

People are the key to the success of our systems

The basis for Captain Haynes’ success was in fact the failure of another captain. A good ten years earlier, one of the most experienced and supposedly best captains of the airline KLM, Captain von Zanten, brought about the biggest aviation disaster of non-terrorist origin to date in Tenerife. In 1977, two fully intact Boeing 747s collided. The accident could have been avoided if

If only, if only, if only, 583 people had not lost their lives that day. So the guilty verdict was quickly established. Considering the many dead, the guilt weighs heavily, but to what extent? Accident investigators were quick to note that impatience is part of being human. Who among us has never made a mistake because he got careless under time pressure? And who among us has never withheld information from the boss because he or she was worried about being reprimanded? – Exactly! No one! These are all factors that make people more or less successful. However, “less successful” in aviation sometimes has fatal consequences, which is why aviation was forced early on to take a closer look at this “human factor”.

Until that day in 1977, aviation was made safer and more successful solely by improving aircraft systems. With this accident, it was realised that it is the human being who makes the difference in a dynamic and complex environment. People are the key to the success of the systems and the team is the indisputable authority that is able to manage complexity in the long term. Thus, step by step, the so-called Crew Resource Management Training was developed and became mandatory for all crew members. On the agenda are contents such as

The focus is on creating successful high-performance teams and the example of Al Heynes and his team is just one piece of evidence that this approach to aviation is successful. There are many of them. I’m sure all of us can remember how Captain Sully Sullenberger landed his Airbus A320 on the Hudson River. That was not an outstanding individual performance either, but excellent cooperation and great decision-making in a high-stress situation. Captain Sullenberger, by the way, was not only a captain, but also a crew resource management trainer.

What business can and should learn from aviation

I myself had 21 wonderful years in aviation and remember my first crew resource management training. I was in my early twenties and this focus on the team and on everyone having a part in the big responsibility enchanted me straight away. So I became a crew resource management and human factors trainer myself, with the big dream of doing my bit to make flying safer. Crew Resource Management became part of my DNA!

I was very surprised that the rest of the world did not have a comparable system. Yet I could not imagine how anyone could be successful in any other way. So I ventured further and further out of aviation to bring the idea and structure of human factors training to the world. In the process, I became so successful that I am now only a sporadic guest in aviation. As an Agile Coach and Human Factors Consultant I now also help beyond my beloved aircraft teams and entire organisations to achieve peak performance. Here, too, the key is always people.

I find time and again that the difference between successful and less successful organisational units is often the question of whether the organisation in question succeeds in putting people in a position to develop their full potential. In this respect, I work on very different levels: Of course, certain structures are helpful. But introducing Scrum teams, setting up Kanban boards, building Obeyas or defining OKR are cosmetic at best. In order to achieve success in an increasingly complex and dynamic world, and for Scrum, Kanban and the like to have their full effect, a deep understanding of the importance of the human factor is necessary. Especially at a time when technical progress is once again coming into focus. Until 1977, people in aviation thought that the focus on technical systems and clear structures were sufficient to become more and more successful.

As a coach I work with people at different “altitudes” and the topic of conscious self-leadership seems to be central for orientation in a world that is constantly changing. I work particularly intensively with leaders for whom it is necessary to rethink. Both Captain van Zanten and Captain Haynes certainly got up on the morning of their respective fateful days to give their best on that day and to do everything right. In doing so, Captain van Zanten has proceeded as evolution has given him to do. Yes, he made mistakes, but all of them were humanly understandable. Perhaps his biggest mistake was his hubris to be better than the others in his team, or to believe that he alone had to lead the way. An entire industry in general, but also a certain Al Haynes in particular, was allowed to learn from this. He was allowed to do better because he was allowed to learn that no matter how great, experienced and good he is, he is nothing without his team. He put his focus on creating an atmosphere of cooperation and trust. That was the secret of his success. By now I guess it’s called Servant Leadership, or New Leadership… Great words for being aware of your own fallibility and understanding what a great backup you have through your team.

“A fliying mission is always a team task!” noted aviation psychologist Foushee quite a while ago. “A successful mission in a dynamic world is always a team task!”, I would like to add, and I am already looking forward to my next working day, when I will be able to make my contribution as a coach and consultant so that people can contribute their potential in the best possible way. Thematically, I am strongly oriented towards what I learned in aviation. The system of human factors training has been constantly developed since 1977, which of course does not mean that it is perfect and mature. However, I find that many managers I have the privilege of working with face similar challenges to pilots in the early 1980s who had to gently learn that the first officer can and should be more than a yes-man and bag-carrier, if only he is allowed to be. And even the subordinate structures can and must do more than take orders and make coffee and tea to be successful.

If, after these food for thought, you are interested in delving deeper into the topic and accompanying Constance Ratazzi-Nelles on her journey from aviation to business, feel free to visit her German blog Food for Thought. Here you will find new impulses every second Sunday on what Ms Ratazzi-Nelles calls Human Factors Consulting in reference to aviation. 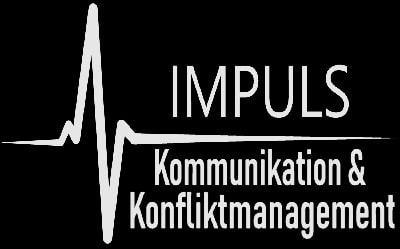 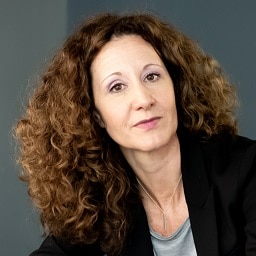 Constance Ratazzi-Nelles began her unusual career as an (Agile) Coach and Human Factors Consultant in aviation, where she first worked as a cabin crew and eventually as a Human Factors or Crew Resource Management Trainer. A good three years ago, she set up her own platform Impuls on a part-time basis to bring the approaches of human factors training into the business world as a coach, trainer and consultant. At the end of 2020, she finally decided to leave aviation after 21 years to work exclusively as an (Agile) Coach and Human Factors Consultant.