Giftedness and high sensitivity in companies

What is giftedness and how does it relate to high sensitivity?
How can the potential of gifted employess be used in companies?

Promoting diversity and variety among employees and the company

Ms. M. from the management read the summary of the employee survey by the HR department with curiosity. She was particularly interested in the statements in which the employees named their wishes for a satisfactory workplace for them:

“Wishing concert” was the first thing that popped into her head and she immediately felt ashamed of it, because with a lot of courage some employees openly expressed their dreams.

However, these statements did not catch her off guard. She remembered having read similar things in a professional article recently, which were put in a context with highly sensitive gifted people.

The statements in this fictitious story are based on real wishes of employees and managers from an internet forum on giftedness. With my contribution, I would like to sensitise people to the complex diversity of giftedness, with a focus on highly sensitive and gifted women and men.

In the context of potential development, diversity and the promotion of variety, the ability of highly gifted people to solve problems and their often unusual and creative approaches are valuable resources and opportunities for the further development of companies, which ultimately benefit everyone involved in an increasingly dynamic working world that demands quick and flexible solutions.

What is giftedness and how does it relate to high sensitivity?

Giftedness usually refers to intellectual giftedness. Diagnosed in an intelligence test, a person is considered highly gifted if he or she achieves a score of 130 or more (e.g. Mensa or UnIQate). A plethora of different approaches, such as the Culture Fair Test I, the Ravens Progressive Matrix Tests or the Basic Intelligence Tests Scale I and II, are now critically questioning a view that focuses exclusively on intelligence and are expanding the generally valid construct to include other parameters.1

Seen from the perspective of society as a whole, and thus also in companies, there is a wealth of prejudice and ignorance about giftedness, right up to the taboo that affects people with these innate personality traits. The causes lie in German history and especially the Nazi era, which transported the idea of elitism deep into society and general thinking.

Although giftedness is actually a mass phenomenon, it remains undetected in many people. Often, it is only burnout or even boreout in adulthood that leads to a search for the cause and ends with this “diagnosis”. Provided that the doctors and therapists treating them have the appropriate professional background. The resulting gain in knowledge often leads to an intensive examination and re-evaluation of one’s life up to that point.

Nicole Gerecht, who founded the start-up UnIQate.org platform for highly gifted adults, describes the abilities of highly gifted people like this:

“Highly gifted people think faster and more interconnected. For example, they absorb more information, process it faster and in larger contexts, and question more critically. Therefore, niches are suitable for highly gifted people that others might rather avoid. Some are incredibly good at ‘recognising errors in the system’, whereas others are holistically quick to survey circumstances or use them to create innovative impulses by thinking outside the box.”3

If one of the foundations of giftedness is faster and more complex information processing, it stands to reason that other sensory stimuli and emotionality can also be affected. It is now assumed that the majority of highly gifted adults are also highly sensitive. For many adults, dealing with high sensitivity is the gateway to high giftedness, although high giftedness does not necessarily go hand in hand with it. The reverse conclusion that all highly sensitive people are highly gifted is not permissible.

According to the latest research, Patrice Wyrsch no longer speaks of high sensitivity, but of neurosensitivity:

The research situation on giftedness now provides an equally differentiated picture. The only unifying element of all gifted people in all their facets is the IQ with a value of 130 points or more.

The group of highly gifted people is diverse and the range of aptitudes and talents heterogeneous. The probability that either you yourself or a number of employees (depending on the sector) are highly sensitive and/or highly gifted is not statistically small. It is precisely in this combination that some of the so-called “difficult” employees who mention the wishes for the workplace mentioned at the beginning are found.

Basically, however, and this is particularly interesting for companies:

How can the potential of gifted employees be used in companies?

If gifted employees are given a free (more) and self-designable workplace, not only does their job satisfaction and performance increase (because only then does it become “really” interesting for them), but a win-win situation is created for everyone involved.

In my experience, a playful attitude characterised by curiosity and the joy of discovery helps to approach this topic. Helpful questions open up new perspectives: What if? Pretend? The goal is a general attitude that seeks to better understand colleagues and staff, including superiors, and to use them according to their abilities.

The topic is sensitive, the knowledge about one’s own personality may not be there. In addition, potential giftedness is often met with resistance, many can report this and I also experience it regularly in my coaching practice. Depending on one’s approach, experiences and previous history as well as common prejudices, it is important to bear in mind that the mere assumption of a giftedness can often lead to a comprehensive re-evaluation of one’s life to date, especially one’s professional activities.

A conversation can also lead to great relief, because it takes the employee out of the taboo zone and enables new perspectives.
This can also lead to an improvement in the work situation. Therefore, it is helpful and important for managers and human resources staff to know the characteristics of (highly sensitive) gifted people in order to be able to act appropriately.

In which contexts could employees be addressed?

Beyond the direct conversation, other possibilities can be found:

Companies that have flat hierarchies and a good working relationship are at an advantage. They are prepared to create new ways of putting people at the centre of things in the spirit of New Work and to deploy them according to their abilities.

In this context, giftedness, also and especially in combination with high sensitivity, is a complex matter, but it is a great opportunity for companies to perceive it as a resource and help employees to use their potential to the benefit of all sides. 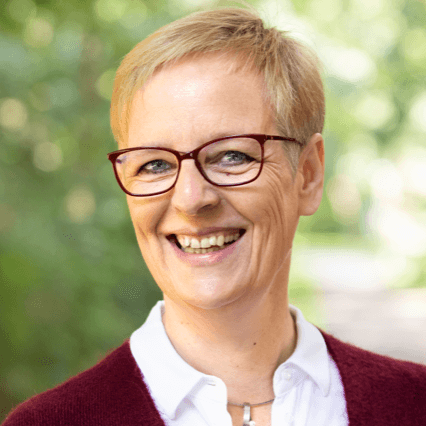 Christine Jung has been a freelance coach and process facilitator for individuals and companies since 2007. With the playful essence approach she developed, she accompanies people with many interests, such as highly gifted and highly sensitive people. Entirely in the spirit of New Work, to be able to do what one really really wants to do.

As a later recognised highly sensitive gifted person, she is well acquainted with the topic addressed.