In the Scrum Guide, there is a formulation that few people are familiar with. It is written on the cover page and reads: “The Rules of the Game”.

Obviously Ken Schwaber and Jeff Sutherland are of the opinion that Scrum is nothing more than a game. And in fact we can understand a lot more about how the agile framework works, if we get into this perspective and understand all the formulations in the Scrum Guide as a game rule (or game mechanics). But what is the essence of game rules?

No meaning without a rule of the game

As a child I often played football in concrete backyards, because good football pitches with real grass were a rarity in the 80s – at least in the area where I grew up. The pitch was not marked by white lines, but by house walls, making it impossible to shoot a “corner kick”. So we played according to the very popular rule: three corners = one penalty. So if a team shot the ball three times out of bounce, the opposing team got a penalty.

The goal was often painted on a house wall with chalk or sand-lime bricks and if you shot the ball past the goalkeeper on the house wall, it counted as a goal. We didn’t play for 90 minutes, but “until one team scored ten goals.” That could take 10 minutes or two and a half hours. And instead of eleven players per team, we were often just five, three or even two players.

If we did play on a meadow once and the goal was marked with a discarded jacket, there were often discussions at higher shots, whether it was a goal or not. There was no crossbar. On these meadows there was mostly also no side out, because the meadow offered enough playing surface to simply continue playing. That led sometimes also to strange situations, so that the play could shift itself also once behind one of the goals and it was called – of course not without a huge argument – corner kick, from wherever one had to execute these then. But these virtual lines weren’t very binding, but rather general guidelines. With all our makeshift measures we always tried, of course, to map the “real football rules” as well as possible, which admittedly worked sometimes more, sometimes less well. But of course you were never allowed to touch the ball with your hand or push or leg another player. (But we did not have red and yellow cards.)

Game rules are the heart of every game. They define how a game works and they determine the meaning of our actions. “Moving the ball over the white line of the goal” means “goal”. “Touching the ball (intentionally) with your hand” means “hand play”. “To score more goals than your opponent within 90 minutes” means “victory”. “Kicking the ball with the left foot instead of the right” means nothing, because there is no rule. Or rather: The football rules allow you to use both feet, so it is the same which one you use. (More precisely, curiously, there is no rule in the football rules that says that you must mainly use your feet when playing football. There is only one rule for the “handplay”.)

If we change the rules of games, the meaning of our actions changes during the game and also the game as a whole. If we play football in a courtyard and use the rule “three corners = one penalty”, the meaning of what it means to play the ball out of bounce changes. Without a side-out line we can move as far away as we want from the other players (and the opposing goal) – it means nothing. Without a rule, the meaning simply doesn’t exist. If you shoot a ball over a white line without playing football with others, it means nothing. If, on the other hand, you are playing football (maybe even in the FIFA World Cup final), it means a lot.

Rules of the game in companies

If you work in a company, there are a lot of game rules and mechanics there as well. By this I don’t mean the well-known notices and pamphlets á la “Our Rules”, but something completely different: The structure of your company (which can be made visible via an organisation chart) is a rule of the game. The definition of hierarchies and the power associated with roles and positions is a rule of the game. And even the way meetings are held is a rule of the game. Who you “have to” put in the CC when you write an email is a rule of the game. Some of these rules are explicitly formulated in the form of instructions, processes, and structures that have been agreed upon. Others are informal and unspoken.

But regardless of whether they are formal or informal, all these rules define the meaning of what you do every day at work. If you don’t take someone into the CC in an email, even though your business processes are designed to do so, it is most likely considered a violation of the rules. (You will certainly have experienced this case in one form or another or even personally.) But there are also many other actions that you can “somehow” perform at work, but which have no meaning within your company: Because there is no rule of the game.

Imagine you work in a service center and deal with customer concerns. If your company has set indicators for the quantity of your work, but not for quality, then you can work very customer-oriented and deliver good service, but it doesn’t mean anything for the evaluation of your work. But if you work too slowly, it means a lot. Most likely, your boss will ask you why you can’t do more. Even if you have high expectations of yourself and your work and want to express that value through good customer service and conscientious work, you can basically do that, but at the level of your company it has no meaning if your company does not have adequate rules for it. You just can’t play this “move” because there are no rules. Just as well you can score a goal in soccer and move the ball over the line at more than 100 km/h. You can also play a game of soccer with the ball in your hand. This is a (particularly nice) goal, but the speed of the ball is completely irrelevant.

Scrum is a game

When you implement Scrum, you bring a new rule system into your business. The Scrum Guide is full of formulations and definitions that make two changes:

First, the Scrum rules of the game create meaning for certain actions, if they did not have one before. Perhaps you have already had a high quality demand on your work without it having a relevant meaning in your company before. With the game rules for the “Definition of Done” the Scrum Guide implements a meaning in your daily work regarding high quality. (This includes, for example, the rules that the Scrum team itself decides which quality criteria it wants to apply to its work or that the “Definition of Done” can be adapted in each retrospective if the quality of the last delivery was not good enough).

The rules of Scrum do nothing but bring the underlying values (Focus, Respect, Openness, Commitment and Courage) to life. The mechanics of all game rules of the Scrum Guide are Transparency, Inspection & Adaptation.

The goal of the game is: “to build trust for everyone.” (Scrum Guide, page 5)

Further contributions by Lars Richter can be found in his German blog at https://flowwork.rocks/blog/. 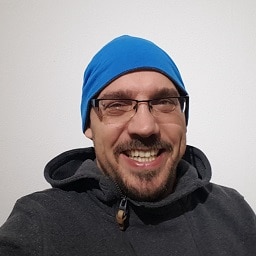 Lars Richter believes in a working world in which people are eager to be allowed to go back to work on Monday. That is why he inspires people, companies and organisations to design working environments in such a way that motivation and commitment can unfold. Motivation always arises when our human need for autonomy, flow and community is fulfilled and what we do has meaning. Games realize these principles in their pure form - but autonomy, flow, community and meaning are transferable to any context - including work. That's why Lars Richter uses games as a foil to illustrate these principles and how they work, helping his clients to develop a blueprint that they can transfer to their organization to give it meaning. As a motivation designer, certified Scrum Master and Product Owner (PSM I & PSPO I), Trainer & Consultant, Mr. Richter works with his clients and their staff in BarCamps, workshops, trainings, MOOCs or lectures to design companies that can fully develop motivation.